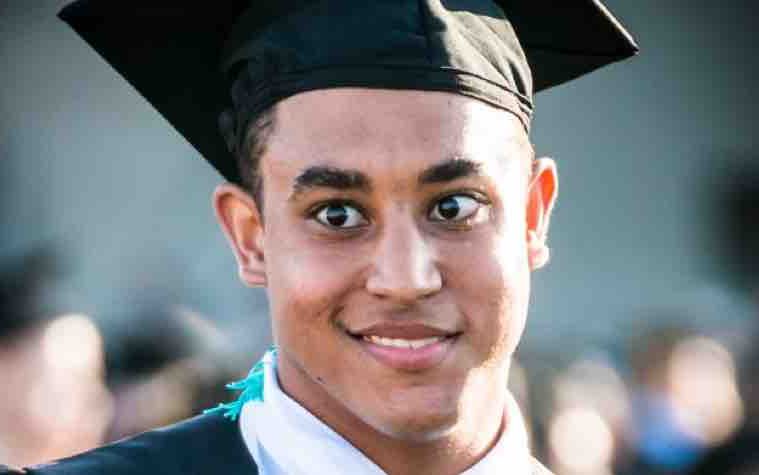 There’s an ongoing lawsuit on fist-bumps and requested group selfies. A community college student his wrongly accused of sexual harassment and blacklisted from transferring to a good college.

In the case of Marcus Knight particularly, an autistic black student with cerebral palsy. He attends Saddleback College, and the school wrongly accused him of sexual harassment for taking group-selfie. We did not confirm if the accuser is a white female, as the school is a predominantly white community college. This case makes us think that the authority, so needs to examine some sexual harassment claims for being racially motivated.

Knight is suing Saddleback College for allegedly marking him down for two Title IX violations on his college record.

How it all Started

According to the lawsuit, the allegation happened in 2018. When Knight asked a fellow female student for a fist-bump, and he asked another female student to take a selfie.

It is very difficult for Knight to control himself because of is muscle coordination. This condition made him take 300 pictures in the burst mode, this is what bordered and offended the anonymous female.

The race of the anonymous females wasn’t revealed, but it’s worth noting the college is more than 50 percent white, according to College Simply.

It’s almost certain that Knight’s accusers are white females, and he has been wrongly accused.

Knight is known for attempting to make new friends, according to Knight’s mother Aurora Knight in an interview by PJ Media, a conservative blog.

“My son just wants to have friends like everyone else … why is that wrong?” Mrs. Knight told PJ Media.

According to the conservative media, Mrs. Knight said, “Marcus was famous for his ‘fist bump’ in high school. There were even [a] few students that had special fist bumps with him.”

The stress from Marcus’ Title IX record has caused devastation in the Knight family. Marcus is in a depressing state of mind, while his single mother has lost her job from being absent from work, to meet with school officials.

The Knight hope their lawsuit can remove the two misconduct marks from his transcript, according to PJ Media, and because Saddleback is a two-year, community college, Knight would have to apply to a four-year college, which will be difficult seeing her is accused of unwanted touching and pictures.

It was on July 2018 when The College Fix, another conservative blog, originally broke 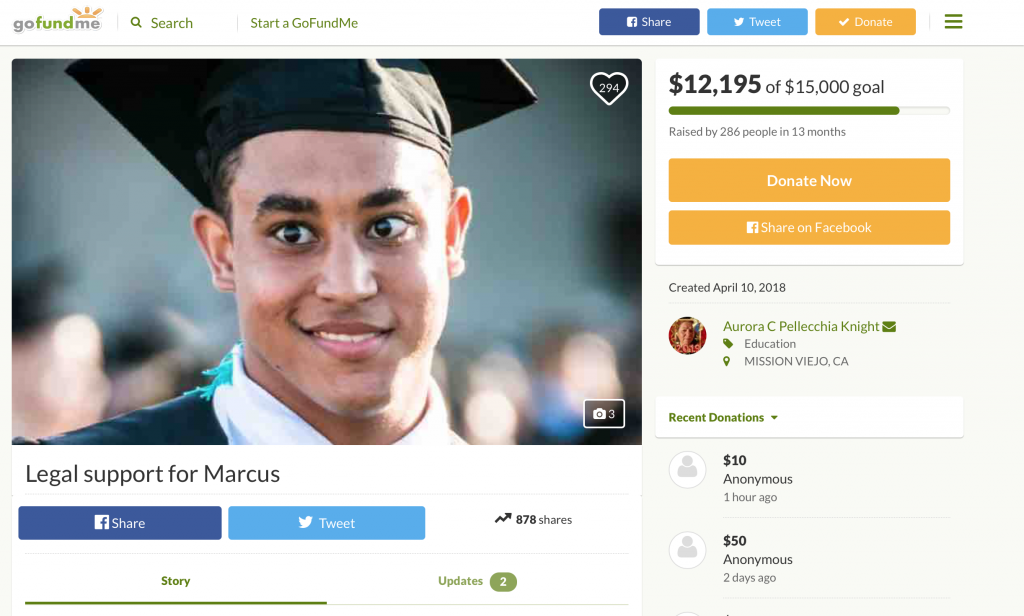 A screenshot of Marcus’ GoFundMe campaign

the story, Marcus could have been suspended if it weren’t for a GoFundMe campaign that’s still in progress. The family managed to hire Mark Hathaway, an education attorney from San Diego who wrote the lawsuit.

This means Knight “had no opportunity to question the complainant or adverse witnesses in front of neutral fact-finder(s) at a live evidentiary hearing” and Avalos “relied upon evidence never before provided to [Marcus Knight],” according to PJ Media.

Nu Origins has reached out to Avalos.

According to Mark Hathaway’s law office, “The Court finds that there is not substantial evidence in light of the whole record to support a finding that [Marcus Knight’s] conduct consisted of ‘unwelcome sexual advances, unwelcome requests for sexual favors, [or] other unwelcome verbal, nonverbal or physical conduct of a sexual nature’ when…such conduct is sufficiently severe or pervasive that it unreasonably denies, adversely limits, or interferes with a person’s participation or benefit from…programs and services of the University and creates an environment that a reasonable person would find to be intimidating or offensive.”

Knight wants to graduate with a B.A. in musical theater.