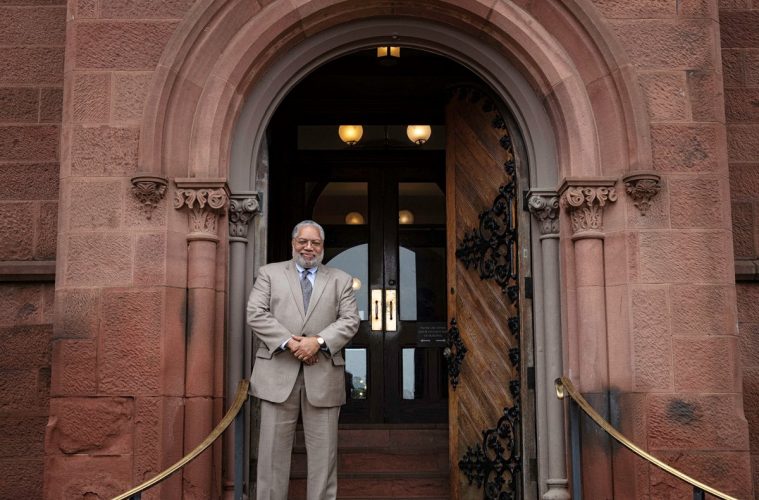 The Smithsonian’s Board of Regents approved Bunch’s nomination.

We are thrilled to announce that our Board of Regents has elected Lonnie G. Bunch III as the 14th Secretary of the Smithsonian Institution, effective June 16. The founding director of our @NMAAHC, Bunch brings a reputation for compelling scholarship and visionary leadership. pic.twitter.com/AaeBIYCoXz

While you may know Bunch as the founding director of @NMAAHC, it wasn't his first job at the Smithsonian. He was an education specialist at @airandspace in the late 1970s and worked in @amhistorymuseum's office of curatorial affairs from 1989 through 2000. https://t.co/2gOWfmgE2e pic.twitter.com/xDlQJMhl0F

“We are thrilled to announce that our Board of Regents has elected Lonnie Bunch III as the 14th Secretary of the Smithsonian Institution, effective June 16. The founding director of our @NMAAHC, Bunch brings a reputation for compelling scholarship and visionary leadership,” in fact, Smithsonian stated this on social media.

Lonnie G. Bunch is the founding director of the National Museum of African American History and Culture. In all honesty, he expressed humility at this new opportunity.

“I am humbled and honored to become the 14th Secretary of the Smithsonian Institution,” he said in a statement. “I am excited to work with the Board of Regents and my colleagues throughout the Institution to build upon its legacy and so that, the Smithsonian will be even more relevant and more meaningful and reach more people in the future.”

The 66-year-old succeeds David Skorton will leave the post on June 15. He announced his resignation last December. The historical institution was looking forward to working with him so as they approached their upcoming anniversary. He would lead efforts to increase its relevance as a beloved staple in society.

“I look forward to working with him as we approach the Smithsonian’s 175th anniversary. To increase its relevance and role as a beloved American institution and public trust.”