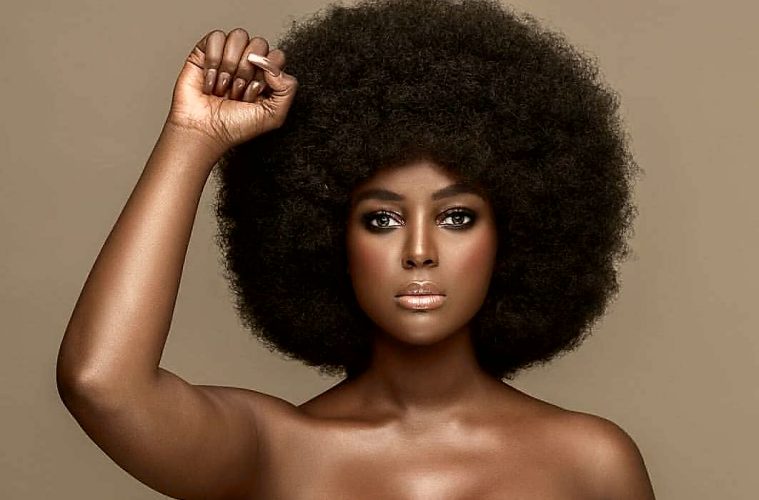 The Existence Of The Afro-Latino in Modern America

The term Afro-Latino seems pretty self-explanatory, yet in recent weeks it is one that has had social media buzzing and some plain confused. Thanks to one reality tv star, Amara La Negra, many are asking just what is Afro-latino.

Dana Danelys De Los Santos better known as Amara La Negra is a Latin singer and entertainer who gained fame in America with her controversial storyline on the popular VH1 reality series Love and Hip Hop Miami. In its premiere episode, La Negra got into the heated discussion with Producer and fellow castmate Young Hollywood after she said she was Afro-latina. Ignorant of what the term meant Hollywood asked her to clarify and proceeded to criticize her appearance. As a dark-skinned Dominican woman with an Afro hairstyle Hollywood said “I’m gonna need you to be a little more Beyonce and a lot less Macy Gray” also calling her a “Nutella queen.” He quickly faced backlash on social media for his comments while La Negra received overwhelming support and the incident sparked a broader conversation.

By definition, Afro-latinos are “people of African descent with origins in Latin America and the Caribbean,” according to latintimes.com. Furthermore, historical evidence suggests that all people originated from Africa and due to migration—whether voluntary or through the Atlantic slave trade—many Africans were dispersed throughout the world, hence the term African Diaspora; referring countries with significant African and African descendant populations outside the continent.

In regards to Afro-latinos and their place in the Diaspora, countries including Brazil, Colombia, Dominican Republic, Puerto Rico and Cuba among others have some of the most significant African and descendant populations, according to various statistical reports.

While many in the Hispanic community are unapologetic in their pride, many tend to downplay their African ancestry. According to a 2016 survey by the Pew Research Center, 18% of Afro-Latinos identify as black, while 34% are more likely to identify as white or another race.

In 2015, for the first time, Mexico allowed its residents to identify as either black or Afro-Latino in their mid-decade survey, revealing 1.4 million Mexicans classified themselves as such based on culture, history, and customs.

With her appearance on reality TV, La Negra used her platform and brought issues of Afro-Latinos into the mainstream. Following the first episode, La Negra interviewed on the popular morning radio show The Breakfast Club, where she talked about her struggles and what it means to be Afro-latino.

“How we see black here in the United States is different, you think black, and you think African American for us in the Dominican Republic because we’re all Dominican you only have but to say you’re black,” said La Negra referring to dark-skinned Dominicans like herself.

She also discussed the challenges of not fitting in with the “standard of beauty in the entertainment industry.

“It’s like to be pretty your hair needs to be straight and silky, or if you’re latina you have to look like JLo, Shakira or Sofia Vergara, but when you look like me you don’t look Latina enough,” said La Negra; adding “we come in so many different shades it’s like why is it so hard for people to understand or accept me.”

In the Latin market, in particular, La Negra talked about a lack of representation of Afro-latinos [her color] in movies or on magazine covers and in popular Telenovelas. She recalled having gone on a casting call for a Latin soap opera and being told she had a “special look” which she understood meant “you’re black.” She was told that if there were any roles for a prostitute or gangster or a show about slaves they would keep her in mind. This was the incident La Negra said encouraged her to speak out about the plight of Afro-latinos.

Perhaps the most shocking moment of the interview came when Co-host Charlamagne Tha God seemed to question La Negra on the legitimacy of her claims asking “you sure It’s not in your mind?” suggesting that the issues depicted on the show were just part of a storyline for tv.

Like Young Hollywood, Charlamagne faced immediate criticism for his comments as well as co-host his demeanor—based on a YouTube Video of the interview—which some said made him seem bored or uninterested. Based on their statements and questions many accused Charlamagne and Co-host DJ Envy of minimizing the issue of colorism, disrespecting La Negra and being ignorant of Afro-Latino issues.

Afro-Cuban Actor Laz Alonso commented on a video clip of the interview posted on Instagram.

Alonso later admitted during a Red Carpet interview at the African American Film Critic Awards,  that he reacted emotionally and that the clip did not show the whole story. Both Alonso and Charlamagne confirmed the had a lengthy discussion on the topic in a phone conversation in which he seemed genuinely curious and willing to learn.

“As a melanated nation, we have to have these conversations. As quiet as it’s kept we have a tremendously long history of slavery that we were never taught. We are learning that history.”