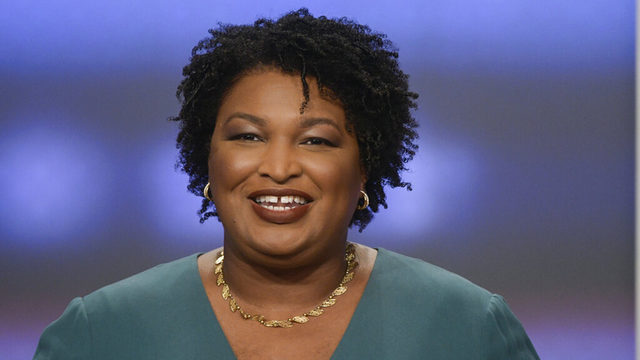 Georgia Democrat Stacey Abrams announced Tuesday morning that she will not be running for Senator in the state.

Abrams told the Atlanta Journal-Constitution that she would not challenge Republican U.S. Sen. David Perdue. The popular Democrat was seen as a viable contender despite her narrow loss in November to become the state’s governor. Republican Gov. Brian beat her by 1.5 percentage points. The race was mired by claims of voter suppression.

“I’ve been deeply honored by so many fellow Georgians asking me to serve,” she said. “But my responsibility is not simply to run because the job is available. I need to run because I want to do the job.”

Abrams also posted a video to social media in which she further explained her decision. She vowed to do everything in her power to ensure that Georgia elected a Democrat to the Senate. Abrams said that Georgians needed a representative that cared about health care and keeping families together.

“I am grateful for all the encouragement I received to run for U.S. Senate, and I’m committed to doing everything I can to help elect a Democrat to that seat next year. #gapol,” she captioned her tweet.

I am grateful for all the encouragement I received to run for U.S. Senate, and I’m committed to doing everything I can to help elect a Democrat to that seat next year. #gapol pic.twitter.com/5o14BqgqwO

Abrams decision not to run for the Senate was interpreted as a blow by some as many believed she was the best possibility to turn the red state blue. Senate Minority Leader Chuck Schumer was encouraging her to run. The GOP was happy that she opted not to.

The elevation of Abrams’ national profile since she lost to to Kemp by more than 50,000 votes has included her becoming the first Black woman to deliver the response to the State of the Union address in February. There has also been speculation that Abrams would run for president in 2020 in the crowded Democratic field. She demurred on the possibility to the  Atlanta Journal-Constitution .

“This conversation was about the Senate,” she told the newspaper. “I have not decided what I’m going to do about other races, but Georgia will always be at the center of my plans.”