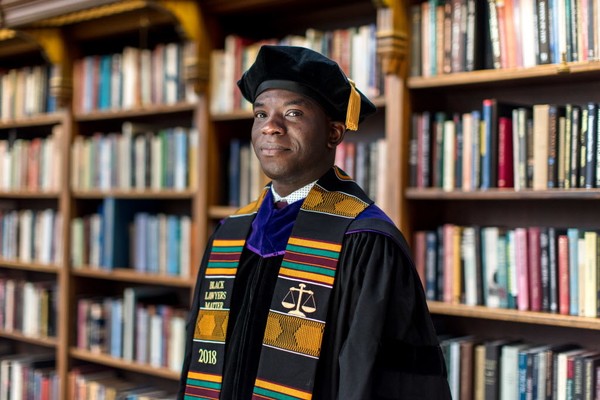 Theo Shaw, Once A Jena 6 Defendant, Is Now Officially a Lawyer

Theo Shaw was once a defendant in the Jena 6 case has turned his life around to become a lawyer.

Chief Justice Johnson administered Shaw’s oath of admission to the bar at the Louisiana Supreme Court Friday. It was a moment attended by his loved ones and supporters who remained steadfast at his side since he was named as one of six Jena High School students. 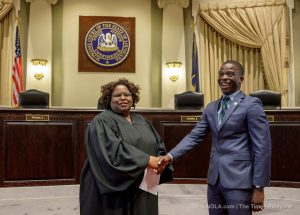 Chief Justice Bernette Johnson administers the oath to new lawyer Theo Shaw. He has been serving as a law clerk for her. (Photo by David Grunfeld, NOLA.com | The Times-Picayune) 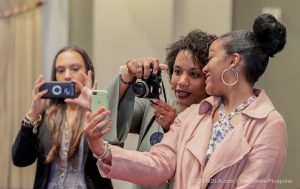 In 2006, Shaw was one of six black students from the small town of Jena,  Louisiana who were arrested and charged with attempted murder in the beating of a white student at their high school. Shaw was 17 at the time and the case drew national attention. Many were angered by the harsh and disparate treatment of the Black boys which would have included them spending decades in jail for the incident.

Shaw spent months on jail, unable to post bond. Ultimately, He and four others pleaded no contest to a misdemeanor simple battery charge which allowed him to move on with his life. In an interview with the Clarion Ledger from December, Shaw described this moment in his life as a turning point.

“Even though you may not be a bad person, you may not be a criminal, people can treat you and make you feel as if you are a degrading, violent person. And I think jail initially had that impact on me,” he said.

Shaw said pleading his innocence to the judge and anyone else who would listen led to an interest in the law. After finishing high school, he attended the University of Louisiana at Monroe and interned at the Innocence Project New Orleans and after college, he worked for the Southern Poverty Law Center for three years. He went on to law school at the University of Washington on a full scholarship and now clerks for the chief justice of the Supreme Court of Louisiana after having passed the bar.

Rob McDuff was in attendance at his oath ceremony. He was the attorney who negotiated his no-contest plea to a misdemeanor and helped him get the case expunged.

“Instead of allowing the trauma of this awful experience of spending seven months in jail to send him on a downward spiral, Theo really used it as a motivation to put himself in a position where he could help others avoid the sort of injustice that was perpetrated on him,” McDuff told the Clarion Ledger.