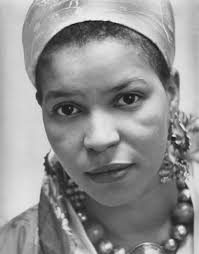 Poet Ntozake Shange Passes Away at 70

Poet, playwright and author, Ntozake Shange passed away on October 27 at the age of 70. A legend in the theater and arts, Shange is most famous for her play “For Colored Girls Who Have Considered Suicide/When the Rainbow is Enuf.” Which gained further notoriety after Tyler Perry turned the play into a film.

Ntozake Shange was a legendary feminist icon who helped shed light on the socio-economic plight of African American woman whilst still portraying them as strong leaders in the Black community. Shange was born Paulette Williams in Trenton, NJ.  After battling with her identity in a patriarchal society, she adopted the Zulu names Ntozake, which means “she who comes with her own things,” and Shange, which translates to “she who walks like a lion.”

Shange earned a B.A (with honors) in American Studies from Barnard College and later went on to earn an M.A in American Studies at the University of Southern California in Los Angeles. Throughout her early adult life, Shange felt as though there was no place for her or women like her, in a white man’s society. She dedicated her life to making sure that there would be one for future generations. 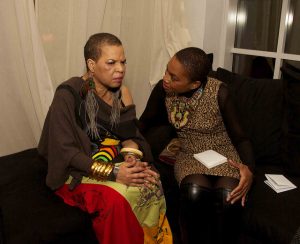 Shange went on to create a significant platform for ‘non-traditional’ African American women in hopes of inspiring them to break through societal constructs and create their own identities as black women. Shange wrote plays such as “Mother Courage and Her Children” and “Where the Mississippi Meets the Amazon,” speaking to the social issues that seem to echo throughout history.

Not only did Shange help start the conversation of what it means to be an African American woman in American society. She also gave black women the tools and resources to help them construct their own identities. Through her plays, novels, and poetry infused with dance and music, Shange made it acceptable to talk about controversial topics that people would often shy away from.

To pay homage to Ntozake Shange is to internalize her words and ideas and continue to speak out on social injustices without fear of backlash or ostracism. Shange taught women to speak their truth and to live in it freely. We need more women like Shange to continue the dialogue of what it means to be an African American woman living in white America.