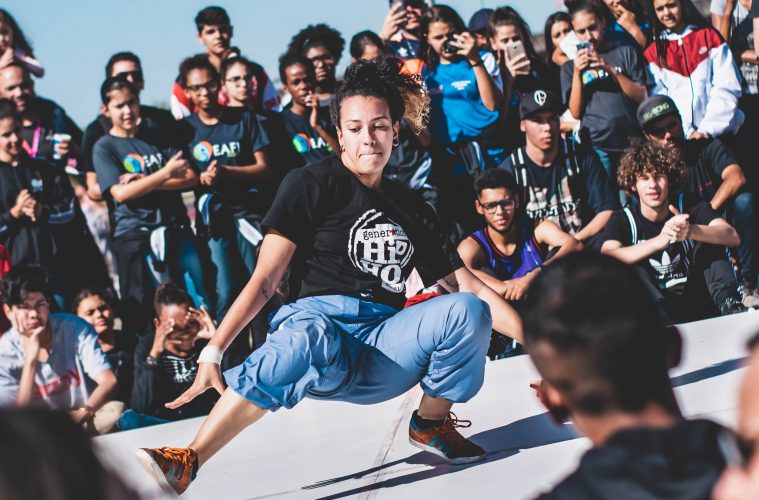 Is Female Hip Hop Losing Its Credibility to Overt Sexuality? (An Afrikan Opinion)

When it comes to this debate I try to be careful and remember that ultimately, I as a man cannot and never will be able to truly dictate the experience of a woman.

With that being said, I do believe everyone has the right to express their sexuality, male or female if they’re comfortable with doing so.  However, it seems when it comes to women in hip hop, this showcasing of sexuality is more than a simple “pushing of the envelope.” For at least the past 25 years, we’ve seen a drastic shift in the lyrical content and image of female rappers.

You can point to the emergence of Lil’ Kim and Foxy Brown in the mid-late ’90s as the turning point.

Prior to those femcees, more women in hip hop resembled the likes of Queen Latifah and MC Lyte, who both showcased female empowerment in their songs and were seen in a tomboyish light. One of Queen Latifah’s most iconic songs, “U.N.I.T.Y.”  starts off with,  “Who you calling a b*tch?”

However not too long after,  Lil Kim’ in particular changed the notion of women having to conform to a male inspired image, deciding she could spit the same sexually charged lyrics that men had already been doing.

One distinction between the likes of Lil Kim, compared to the new generation of femcees like City Girls and Cardi B is the lyrical ability.  As surprising as the graphic nature of the album was, Kim’s rapping ability was unquestioned on her debut album “Hardcore,” as she was mentored by the Notorious B.I.G.

But in retrospect, as we see the women who came out after Lil’ Kim and Foxy Brown, the sexually provocative lyrics have become the standard. Rappers such as Trina made their mark with lyrics referring to herself as the “Baddest B*itch.”

This shift may have given more credence to the detractors who already didn’t respect a woman’s place in hip hop.

Just take a look at any average “Top 50 Rappers of All-Time” list that went viral last summer. The women that were featured on these list were few, just the essential names such as MC Lyte, Missy Elliot, Lauryn Hill, Queen Latifah and Nicki Minaj.

One of the reasons some men give for not listening to female rappers is the overtly sexual lyrics that are often used. This causes a lot of male listeners to feel this style of rapping doesn’t showcase versatile lyrical ability, therefore devaluing the music.

Lord Jamar of Brand Nubian shared these sentiments in a September 2019 interview. Now if the notion is that female rap is “too sexual,” then one would then have to bring up the double standard of men constantly using graphic lyrics about sexual relations with women, derogatory terms and violence.

This conversation opens up a wider discussion in hip hop; is it misogynistic or is it simply people showcasing their perceptions of life? Where is the line drawn between art and debauchery?

It is quite interesting. The most popular female rappers today like Cardi B and City Girls have made it known they get help writing their songs. Lil Yatchy revealed he is the one who penned the popular “real a*s b*tch give a f*ck about a n*gga” hook of the City Girls song “Act Up.”

Cardi admitted she took Kodak Black’s flow for her breakthrough hit “Bodak Yellow.” The success of these women who aren’t involved in a lot of the creative processes of their songs overshadows the likes of women like Rhapsody, who comes from the vein of MC Lyte and Queen Latifah.

Then we have those like Nicki Minaj and Megan Thee Stallion who showcase sexuality and keep true to writing their own content. As we see hip hop in a brand new decade, time will tell whether female rappers will continue to be boxed in as tomboys, sex dolls or a healthy balance of the two.