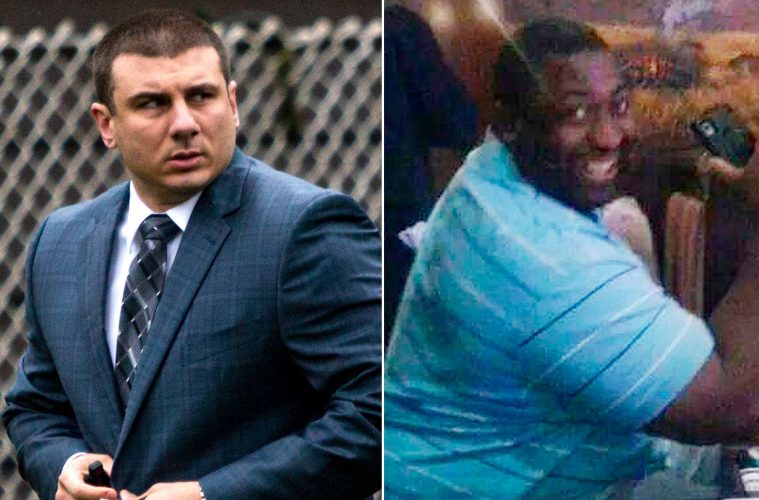 A NYPD officer testified Tuesday that he exaggerated the charges against Eric Garner to justify his chokehold death nearly five years ago.

The administrative trial for Daniel Pantaleo, the New York Police Department officer who killed Eric Garner in July of 2014, began Tuesday. Garner, 43, died after an altercation with Pantaleo who placed him in a banned chokehold. Pantaleo and other officers attempted to arrest Garner for selling a “loosie”, an untaxed cigarette,” in Staten Island. Garner’s final moments and words “I Can’t Breathe” were caught on cell phone footage, going viral and setting off waves of protest.

Officer Justin Damico stated that while riding with Garner in the ambulance, he filled out paperwork that condemned the dying man. He listed the charges against Garner as a felony tax charge which would have required prosecutors to prove Garner sold 10,000 untaxed cigarettes. In truth, Garner only had five packs of Newports that contained a total of less than 100 cigarettes.

Damico trumped up the charges to protect his one time partner, Pantaleo.

“You initiated this on your own, writing up the arrest of a dead man?” asked Suzanne O’Hare, a lawyer for the police watchdog agency bringing the disciplinary case against Pantaleo.

Damico admitted that he did which led to Garner ultimately being posthumously charged with two misdemeanors for  resisting arrest and selling untaxed cigarettes. The case did not proceed due to Garner’s death.

Damico also testified that he felt Garner was “playing possum” when he began to lose consciousness. The NYPD has insisted that garner died due to pre-existing health issues such as obesity, asthma, hypertension and diabetes. Garner’s family and the city agreed to an $5.9 million out of court settlement in July 2015.

A grand jury chose not to indict Pantaleo in Garner’s death on criminal charges but he was placed on desk duty. He has continued to collect a salary that has increased to almost $120,000. The NYPD began disciplinary proceedings against Pantaleo in June of 2018 after much delay. If convicted for using an illegal chokehold, he will be fired from his job.

The disciplinary hearing will resume June 5.