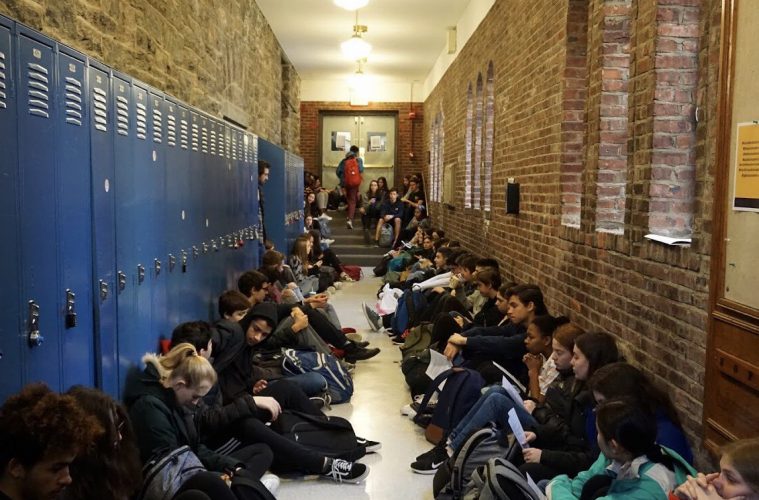 Students at Ethical Culture Fieldston School in the Bronx held a protest and locked administrators Monday over frustrations that nothing was being done over a “racist, homophobic, and misogynistic” viral video.

The demonstration came two weeks after a recording showed students at the school using derogatory slurs and language. Jessica Bagby, the head of the school confirmed the incident in a letter written in mid February but insisted that the tape had been made years ago. One of the students withdrew from the school but the disciplinary actions of the others involved has not been released which feuled the anger.

Students posted videos of themselves on social media, sitting in the hallway and stairway. “Students of Color matter” showed pictures of the sit on and a protestor declaring that “the disciplinary process has yet to provide mandatory briefing on the conduct and punishment.”

Some of the protesting students knew that by doing so it jeopardized their college acceptances. However, they told ABC News that it was worth it to take a principled stand.

“This is something we honestly dedicated our lives to so nothing was going to keep us from here,” Adia Santos, high school senior said.

Bagby confirmed in a statement that she and other administrators went to meet with the protesting students and “were turned away by the students until their most immediate demands were met in writing.”