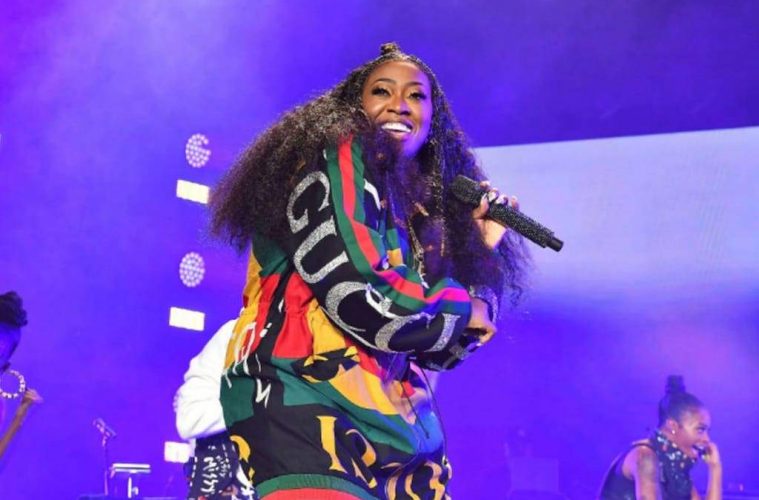 Missy Elliott has officially been inducted into the Songwriters Hall of Fame. The honor will make her the first Hip Hop female artist to receive it.

Elliott, whose career spans over 20 years, was nominated for the distinction last November for her contributions to music. She has penned classics such as The Rain (Supa Dupa Fly),Get Ur Freak On and Work It but written other hits for artists such as Beyoncé, Whitney Houston, Aaliyah and Ciara. The five time Grammy winner took to Twitter to share her enthusiasm.

The Songwriters Hall of Fame made sure to list all of her accomplishments as they welcomed the VA native to their ranks.

As one of modern pop’s definitive songwriters and producers, Elliott’s star-studded list of songwriting credits continues to grow, including collaborations with Beyoncé (“Signs”), Whitney Houston (“In My Business”), Ciara (“One Two Step”), Monica (“So Gone”), Destiny’s Child (“Confessions”),  SWV (“Can We”), Fantasia (“Free Yourself” and “Bump What Your Friends Say”),  Mary J Blige (“I Never Been”), Aaliyah (“One In A Million,” “If Only Your Girl Knew,” and “Hot Like Fire”), Tweet (“Call Me”), Jennifer Hudson (“I’m His Only Woman”),  Nicole Wray (“Make It Hot”), Mya (“My Love Is Like Whoa”), Total (“What About Us” and “Trippin”), and 702 (“Where My Girls At?” and “Stello”) among others.

Elliott’s peers and those who looked up to her growing up showered her with more praise and for moving the cultural needle.