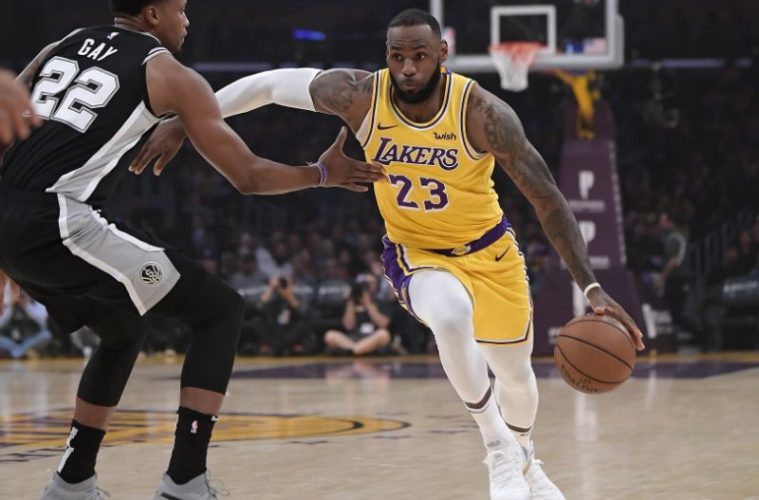 Three games into the season and LeBron James already know that this isn’t the eastern conference. This is a very competitive western conference filled with huge star power and young teams hungry to compete for a playoff spot. James and the Los Angeles Lakers knows that there aren’t any easy games, and that the road to the postseason will be much tougher than before.

“It’s all about the end game,” James told Yahoo Sports. “I want what’s best for this team and it takes going through some ups and downs. I know what I signed for. This was all expected. I’m up for the task.”

The 33-year-old understood what he signed up for. This is a long process that will not only take time to develop, but have some ugly losses on the way. The team is made of more playmakers than shooters in Rajon Rondo, Lance Stephenson and Lonzo Ball. They have to rely on Kyle Kuzma, Josh Hart and Brandon Ingram to do the shooting and scoring. They will probably lead the league in fast breaks points but that’s not enough. In a league where it’s all about spacing, shooting threes and taking high percentage shots in the paint, it’s gonna tough to play a physical style against other teams.

People are probably gonna be blaming James for not making the clutch free throws in overtime against the San Antonio Spurs. But what they don’t understand is how bad their defense is. They gave up 143 points due to offensive rebounds and a lot of open shots. They can’t compete and expect to win games if they don’t defense the three point line. Right now the Lakers are the worst defensive team in the league. James at this age needs to play at least 32 minutes, and that won’t happen. No more trying to rest on back-to-back games or getting ready for the postseason. It’s all about grinding to the finish line and playing basketball at a high level.

They beaten the Phoenix Suns and Minnesota Timberwolves, who are young teams on the rise. Ball’s impacted as a starter definitely helps and will continue to grow throughout the season. By the end of the year, everyone will see where this Lakers team stands. Either they are contenders or pretenders waiting for another star in the offseason.