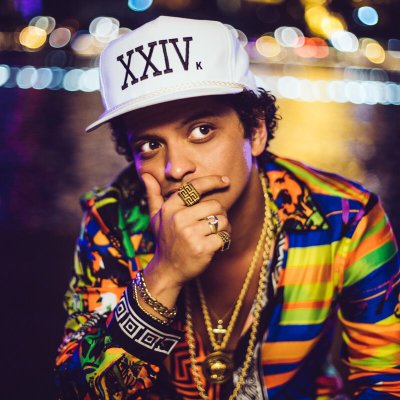 Is Bruno Mars Guilty of Being a Cultural Appropriator?

In a word, yes. If we were to go by the definition used in our society, Bruno Mars does fit the description. Mars adapts/borrows/steals elements from Black music to create his sound. However, that’s not necessarily a bad thing when we look at him, or music in general. Musicians have always borrowed from each other and used other artists as an influence to enhance their music. The only reason I see people getting on Bruno Mars’ case is that he isn’t Black.

Last week I saw a clip from The Grapevine where someone expressed why she felt Bruno Mars was appropriating Black music. She referred to the fact many people see him as racially ambiguous, that he can seamlessly cross musical genres, and she called him unoriginal, a karaoke singer. I was immediately intrigued because I am a fan of Bruno Mars. I think he can sing, he can dance his ass off, and he makes excellent all around music. I watched the mayhem that clip caused on my Twitter feed then the entire episode of The Grapevine discussion and thought everyone who made excellent points of why Bruno Mars is, in fact, a cultural appropriator but, they missed why it’s not always a negative.

I’ll note that I’m not sure when this discussion was filmed but they did mention his recent Grammy wins, and I think that detail has a lot to do with why people feel the way they do. If Bruno Mars was not so commercially successful I don’t think him being a cultural appropriator would be an issue, but I digress.

First, I want to say, yes he is a cultural appropriator in the most basic, mundane uses of the phrase. Different types of Black music influence his style, but what makes him different from the other people who have taken from our culture is that he shows no signs of malice behind it. Bruno Mars has never jumped in and out of our culture when it best suited him like Justin Bieber or Miley Cyrus. Once it got rough for them, they got out as fast as they could.

Bruno Mars has always been a part of the culture and has always given praise to those who came before him. That fact is what differentiates him from the others. He employs black people and does a great job of putting other people of color on. Let’s not quickly forget that “Finesse” was out an entire year before he put Cardi B on the remix. Yes, she was hot at the time, but his influence in Hip-Hop and pop-culture is so vast that his co-sign was a major boost for her. Too often when we hear “cultural appropriator,” we think of a person devilishly plotting on ways to monetize a culture that isn’t theirs to make a quick buck.

Interestingly, not once in The Grapevine video did anyone mention Drake’s name. I’m a fan of Drake’s music, but if we use the same barometer that we are basing whether or not if Bruno Mars is an appropriator or not, then Drake is definitely at the top of the list. He is unapologetic about who or where he takes from. Drake is a Canadian who is also from New York, Houston, Atlanta, the Caribbean, and let’s not forget the U.K. So why do we let Drake slide? Is it because his Blackness is more defined? The point that Bruno Mars is “racially ambiguous” isn’t a strong enough reason for people to attack him. He may not be Black, but he is not white, and wouldn’t be seen as such if we were to go back in time to the day’s slave ships were being loaded.

Black people are the creators of such amazing things that I completely understand why many of us get frustrated when someone who seems to be outside of our culture comes in and becomes successful off of something we created. I feel it is relevant to for people understand that culture doesn’t necessarily mean race or ethnicity. There are Black people all over the world, but to say we all share the same culture because we look alike is woefully ignorant. The Grapevine series also have episodes in which they discussed why Africans and African-Americans tend not to get along. The concept of culture isn’t Black or white, literally.

So yes Bruno Mars is a cultural appropriator, but no that is not an indictment of him or the music he creates. Many have done it before him, and there will be many to do it after. Quincy Jones recently said in an interview that he criticized Michael Jackson, whom Bruno Mars is accused of stealing from, of being greedy and taking from other artists. Music is about making what works and improving upon it. Black people control what’s cool in pop-culture so the blame can be put on us as well. 24K Magic was fire and deserved everything it got. Let’s let go of the victim consciousness, and come up with another reason to be upset at Bruno Mars’ success