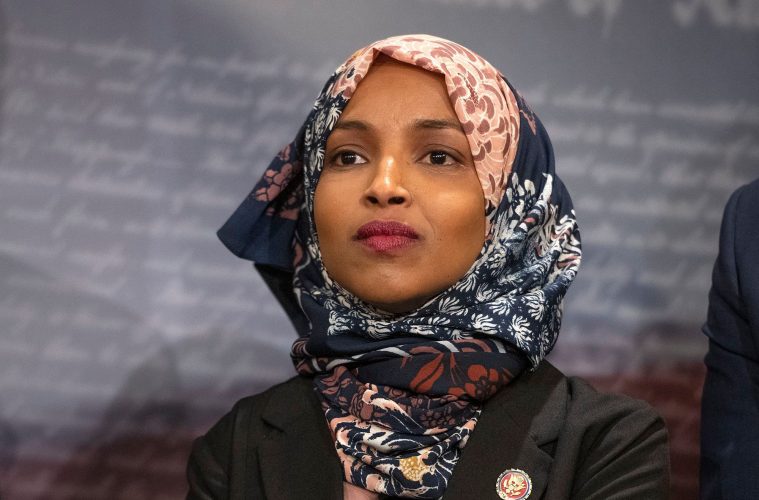 The West Virginia state Republican Party allegedly set up an anti-Muslim display in the rotunda that linked the 9/11 terror attacks to freshman congresswoman Ilhan Omar and it led to an altercation Friday.

The poster featured Omar wearing her hijab with the imagery of burning buildings behind her. The caption read “‘Never forget’ – you said. . .I am the proof – you have forgotten.”

The display was set up as part of “WV GOP Day,” which the party advertised on Facebook as a day when “Republicans Take the Rotunda. It was met with anger by Democrats in the chamber. An argument erupted which led to one person being assaulted.

“I am furious, and I don’t want to see her representing the people of this great state in the House again.”

Lieberman denied the charge but tendered her resignation. House Speaker Roger Hanshaw issued a statement  and said that an investigation was forthcoming. He also made remarks on the floor, decrying the incident.

“I bluntly struggle with what even to say,” he said. “We have allowed national level politics to become a cancer on our state . . to invade our chamber in a way that makes me ashamed.”

Rep. Omar responded to the uproar on social media and highlighted it as another instance where she felt targeted. After she was labeled a terrorist, it led to a spike in death threats the Minnesota congresswoman who is the first Somali American legislator in the United States. Omar wrote that “Assassinate Ilhan Omar” had been written at gas stations and that she’d been placed on hit lists. She called for this Islamophobic overture to be widely condemned.