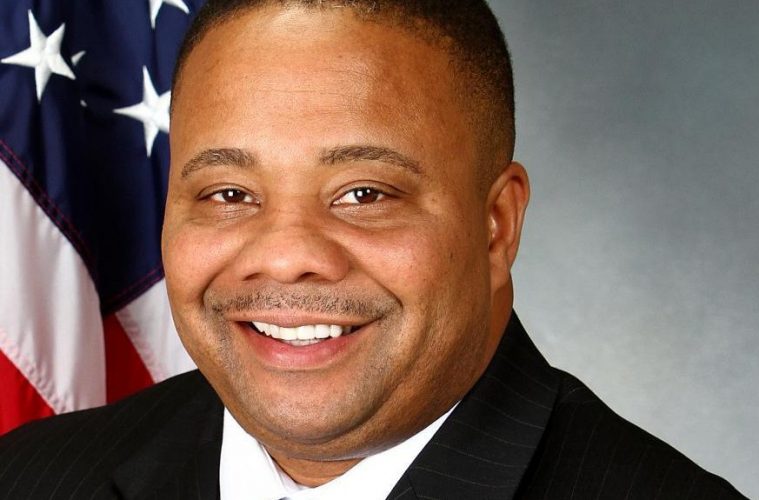 Former New York State Senator Jesse Hamilton (D-Crown Heights) lost his Democratic primary bid to Zellnor Myrie in September but not the will to fight and champion his causes. He spoke exclusively to Nu Origins about his last campaign, the humble beginnings that led him to public service and what life has been like on the outside looking in as someone else holds his seat on behalf of the 20th Senate District.

The glare was often harsh on him while in office as politics is not for the faint of heart. Hamilton’s bonafides were called into question despite having represented Brownsville, Crown Heights, East Flatbush, Gowanus, Park Slope, Prospect Heights, Prospect Lefferts Gardens, South Slope, and Sunset Park since 2014. During this time, he introduced anti harassment legislation that would make it a crime to call 911 on Black people just for existing, sought to provide the community with more resources and make schooling a priority.  However, his association with the Independent Democratic Conference blunted his previous good deeds. The IDC, a group of Democrats who acted independently from their caucus, earned the ire of the party by voting alongside Republicans.

Hamilton also committed the cardinal sin in the eyes of those who make up the resistance by wanting to find common ground with President Donald Trump. The label of “Trump Democrat” stuck to him and left an impression with energized voters. He pushed back on that narrative, insisting that issues were bigger than red and blue. Bigger than the president himself.

Hamilton demurred when asked about using political contributions totaling to $3,700 for lease payments for a Mercedes-Benz sedan purchased last fall. He described the transaction as legal.

The Brooklyn lawmaker is very much aware of his reputation and sought to set the record straight. The conversation started with his passion for education and students. The lawyer served as president of the Crown Heights School Board for eight years and his commitment to higher learning has served as one of his backbones in government.

Hamilton explained how he transitioned from the school board to elected office. He stated that people kept asking him to get out there and make laws that would make a difference in the community.

I’m a Democrat but I’m saying no matter who’s in power, Democrats or Republicans, people of color never get the benefit of the doubt. We have like the highest homeless rate ever in New York City, our schools are diminishing.

Hamilton explained that the system was not working properly for the marginalized.

Hamilton is strong support of technology in schools and linking it to future prosperity. He touched upon the recent failed Amazon bid to locate a new HQ in Queens. It was met with backlash amid fears of further gentrification and the rising costs of living.

It’s a double edged sword. A lot of people of color are don’t have comparable technology skills to competitors or anything else to get a minimum wage job. Where are you going to live even without Amazon? Getting a minimum wage job is no way to live in your city because the average rent isn’t like between $1500  to $2,000 dollars a month?

Affordable housing and other bread and butter issues have been central themes to his campaigns. Once he got to Albany, he realized that many laws were not favorable to the working class and was one of the reasons he aligned with the IDC.

When I got to Albany Democrats were in control and I wanted to get more resources into our community which I did. So I joined the IDC but I never caucused with Republicans.

Hamilton said negative campaigning impacted the last election cycle, in particular his. He opined there were outside forces that sent postcards against him and made him a stand in for Trump.

We have more progressives coming into our community. And I’m not a Trump. I don’t like Trump. I’m not for Trump. But we can’t use Trump as the beacon for everything that’s going wrong in our communities. Trump had nothing to do with the housing crisis in our communities.

Hamilton declared the issues were being lost in anti-Trump messaging.

So I think we’re losing focus on what the real issues are. You know as far as congestion, pricing it’s a lot the tax. Why don’t we just bring back the commuter tax. Whereas the people who come into New York City they pay added value tax using our resources, police protection, sanitation. So what we’re seeing now is a displacement. In such places as Brooklyn and throughout New York City of the working class people in that community who can’t afford to live it. I get people going to college, you know trying to achieve the American dream; come back from college and they can’t afford to rent an apartment because their income can’t afford an apartment a few thousand dollars a month.

Hamilton shared that he was threatened on several occasions after being repeatedly referred to as a “Trump” Democrat.

There was like an internet campaign that said I was a Trump Democrat which was not true. Nothing to do with Trump and it was it was really a misinformation campaign. People who moved into the community over the last two to three years that didn’t know my track record of being involved in the community, doing free pro bono legal services. So what we’re seeing now is the Internet is playing a large role in it. We had people come into our community  who haven’t been here before from other parts of the country. And we’re seeing a shift in its local dynamics. There are essential problems we’re having in the progressive movement but there’s really nothing changing on the bottom line for the work class working class people.

Hamilton argued Trump was more of a symptom of a greater problem.

It’s not his system. It’s the system put in place prior to Trump. This is the sort of similar to the scandal where parents pay any teachers at the colleges.

Hamilton liked students loans as an anchor weighing those who get out of college.

You know student loans can be an albatross around young people’s necks and we need to resolve that problem. Why is student loans the only loan you can’t file bankruptcy for?

Hamilton was passionate on the issue of education and stressed it was matters such as these that made him an advocate before labeling himself as a progressive.

Hamilton cited the city taking property from homeowners of color as another priority of his.

That’s an issue in our community. We’re not building enough housing for workforce people and we have the highest number of units being built in New York City. But we also have the highest homeless rate. So it’s like the inverse disconnect.

Hamilton said that he wanted these issues and others addressed while in the IDC. Instead, he believed he was targeted for bringing these issues to the fore and partly due to his race.

We need a more comprehensive holistic approach to issues that are facing our community and we’re being pushed out. We have the most segregated schools in the country right here in New York City. I was there. So if people are progressive why aren’t we having more integrated schools in New York City? You know this is a disconnect there somewhere. It’s like ok we’re going to be progressive stagnation.

Hamilton said that he had no plans to run for office at the moment but said others have asked for his advice.

You know I say I put people first. I want my constituents first. You know as far as getting the resources to them to make sure their lives have changed. We advocate for that. You know for as long as I’ve been in politics, I’ve been on the ground from 1996 not getting paid. You know I don’t do it for the money. I do it for advocating for those who can’t advocate for themselves.

Hamilton did express that he had organized better, especially in terms of voter turnout and sharing his message online but made clear that his core values of outreach would define him more than critics.

I’m not a Trump Democrat. I’ve always been a true Democrat.