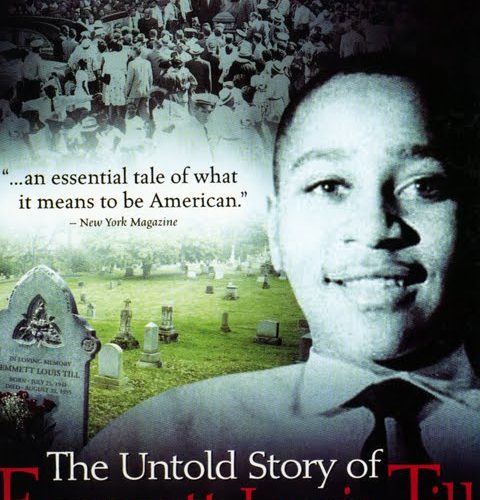 The pain of losing a child is something no mother can bear, let alone knowing that the hands of racist in Mississippi committed his savage murder. Director Keith Beauchamp perfectly captures the strife and turmoil during Jim Crow Era America in his documentary “The Untold Story of Emmett Till.”

Just in time for Black History Month, The Sheen Center for Thought and Culture held a screening for the film on Feb 1st. Previously premiering in 2005, the movie was revisited by film and theater producer, Fred Zollo, best known for his work on Oscar-winning films Mississippi Burning (1988) and Quiz Show (1994), to collaborate with Whoopi Goldberg to produce an upcoming film based on the documentary. This movie will also mark Goldberg’s directorial debut.

The documentary recounts the events leading up to Emmett Till’s murder at the hands of J.W. Milan and Roy Bryant, all the way up to the Justice System reopening his case 50 years later. Featuring appearances by family members and friends of Emmett Till, including the late Mamie Till-Mobley, who died before seeing her son’s case reopened, they give testimonials to Emmett’s upbringing, his close relationship with his mother, and mischievous but innocent persona that would, unfortunately, lead to his demise. We see various interviews with each of these individuals, but Mamie’s conversations were both gut-wrenching and heartfelt.

Despite the many countless stories of Black men, women, and children losing their lives at the hands of racial injustice, something about Emmett Tills story and untimely death continue to strike a cord into the hearts of those both black and white.

“I wish we had already made it [the film]” said Zollo believing Emmett’s story turning into a feature film is long overdue, “we should’ve made this film ten years [ago] when we first started talking about him.”

“This is why this film is so important,” said Beauchamp, “People are now seeing before their eyes the same history that you saw in Emmett Till’s death.”

During a time where segregation was prevalent and black Americans lived in fear for their lives and change needed to come, after witnessing the dead body of her then 14-year-old son, Mamie Till-Mobley made the brave decision to allow an open casket service for everyone to see, which was the spark to the Civil Rights Movement.

Emmett’s story and Mamie’s courage is something that evokes emotions reminding us of the atrocities still being committed today against young black men. These same feelings also affect panel moderator and Sheen Center Programming Associate, Kelly Girod, as both a black woman and, now parent, where the film has a much more powerful effect on her this time around.

“Being a black woman, I cannot begin to imagine where Mamie Till-Mobley got her strength from.” said Girod, “One thing that struck me was describing how the verdict came down I felt this chill…it felt like the same time the Trayvon Martin verdict came down.”

After conducting his research on the case in 1996, Beauchamp spent years finding witnesses and testimonies on the case until the film’s completion nine years later, and the films most significant accomplishment was the reopening of Emmett’s case a year later after the film’s debut.

Emmett’s story is an unforgettable one that is both tragic and painful, but according to Beauchamp, his death would not have made the Montgomery Bus Boycott and the Civil Rights Movement as profound as it is today. What Beauchamp hopes to fulfill is his promise to Mamie to continue telling Emmett’s story to one day “inspire man’s consciousness to rise.”

“If it weren’t for Emmett Till’s death, these milestones [Montgomery Bus Boycott, and the Civil Rights Movement] and acts of courage would have never taken place,” said Beauchamp.