This spring, Black Enterprise will present its highest honor in recognition of the achievements of black women at the 2018 Women of Power Summit in Orlando Florida, the nation’s leading influential and inspiration convention recognizing women in business, arts, education, and government for their meritorious duties in society. This year’s honorees include Democratic political analyst Donna Brazile and American actress dancer and choreographer, Carmen de Lavallade.

These women will receive the Women of Power Legacy Award. Previous recipients include the likes of Phylicia Rashad in 2016 best known for her role as Clair Huxtable in comedy TV series “The Cosby’s.”, Ursula Burns in 2017, one of the highest-ranking women in corporate America. Burns has been the CEO for Xerox since 2010 but stepped down when the company separated in 2017, one being a 7 billion dollar company, the other an 11 Billion dollar company which Ursula Burns was made the CEO for following the split. 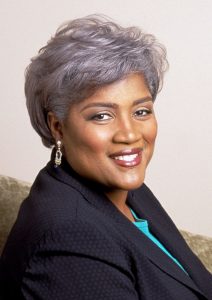 Donna Brazile, one of the recipients of this year’s Women of Power Legacy Awards

“We are thrilled that we will have this opportunity to pay well-deserved honor to women who are gifts to the world,” says Women of Power TV host Caroline Clarke, who also serves as editorial director of the Women of Power Summit. “Their examples are a proper tribute to the Legacy Award honorees before them, and powerful motivation for those to come.”

Donna Brazile is an American political strategist, campaign manager since she was nine years old and an author. Brazile had participated in every presidential campaign from 1976 until 2000 when she then became the first African American woman to manage a campaign. She served on the Democratic National Committee for well over 40 years. These days, Donna Brazile spends her time working in a firm which she has created to “empower grass root advocates, and train to participate in the political process.” Carmen Lavallade, the American actress, dancer, and choreographer has spent more than six decades in the field of professional arts. She appeared in her first movie in 1954, and danced in the prestigious Harlem Alvin and Ailey Dance Theatre. 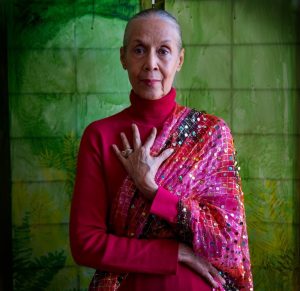 Carmen de Lavallade, another recipient at this year’s Women of Power Legacy awards

Other recipients this year include former actress, Jayne Kennedy Overton, and former Executive Vice President of Goldman Sachs, Edith Cooper—the first African American woman to win the title of Miss. Ohio and one of the first women to invade the male-dominated world of sports broadcasting on “NFL Today.” as the head of human capital management for 21-years respectively.

The host sponsor of the 2018 Women of Power Summit is ADP. Other sponsors include Accenture, AT&T, Bank of America Merrill Lynch, Dell, Macy’s, PepsiCo, Pfizer, Southwest, State Farm, Toyota, and The Walt Disney Co among others.