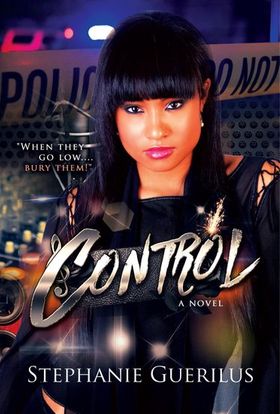 What are you doing with your voice? Control boldly answers that question for those who refuse to be silenced.

Control, whose title is lifted from the iconic Janet Jackson song, embodies its name.  Theresa Marie Jenkins is a 17-year-old who thinks she knows it all. As the saying goes, a hard head makes for a soft ass and Reesa learns the hard way that she doesn’t really know much about life.

Reesa quickly becomes an It girl after speaking up at a Black Lives Matter protest but her activism gets in the way of her career. She wants to be the next pop diva on the charts. For that to happen, Reesa will have to be packaged; smile and wave as though she’s at a beauty pageant. She’ll have to give control to advisers who want her to sing on cue, tap dance on command, no throwing shoes at parties and keeping her mouth shut on the culture.

Control is a novel that addresses the political climate, #MeToo, identity and what it means when you are a young woman of color who the world doesn’t automatically think to protect.

For every generation, there is a book that challenges and excites readers while speaking to the cultural touchstones of the time. The Coldest Winter Ever, Flyy Girl, The Babysitters Club, Harry Potter and The Hate U Give have been a few titles that have spoken to the young adult audience. Control seeks to join that esteemed list.

Purchase Control on Amazon via Kindle or paperback