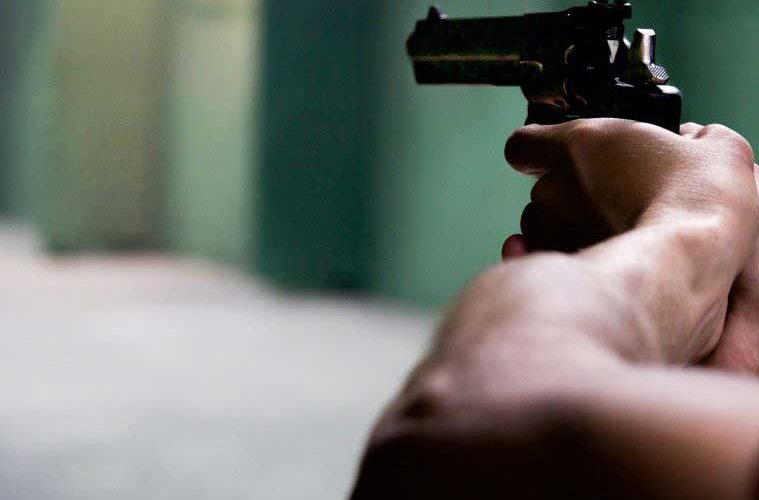 Black Gun Owners Are Increasing, But Some Are Scared

It seems like the number of Black gun owners is increasing. However, some Blacks say they’re reluctant to exercise their Second Amendment rights because of racial concerns.

The National African American Gun Association (NAAGA) is a Black alternative to the National Rifle Association (NRA). Its membership has seen rapid growth since 2015, about 30,000 members and 75 chapters nationwide.

The reason for NAAGA membership spike is because the political climate set forth by President Donald Trump, according to NPR.

African-American gun owners represent 24 percent compared to 36 percent of Whites and 15 percent of Hispanics, according to the Pew Research Center.

NPR also credits recent shootings of Black gun owners such as Philando Castile and Alton Sterling for why NAAGA membership is going up.

Philip Smith, the president and founder of the NAAGA, hopes to change the perception of a Black person with a gun.

“Black folks and guns usually get a negative stereotype reaction like: ‘What is that guy doing with a gun?’ ” Philip Smith told NPR.

“My job, and it’s a very long-term wish, is to change that socialization process where [when] people see a black guy or a black woman walking with a gun, they won’t automatically say, ‘He or she is a thug’ or ‘He or she is doing something illegal,’ ” Smith said.

Some Blacks Want To Go Public

“Good move. Imagine if there was a Black majority membership of the NRA?” Keith Anthony Jones said.

“This is the organization I’ve been waiting, watching and hoping for a while now,” Maa Shepsu Menab Nuiriankh. “Teaching proper safety, use and respect for what firearms represent is a noble undertaking. I commend [to] you! African-Americans especially need to become comfortable with the free exercise of our God-given rights.”

Despite the reasons for owning a gun, some think it risky to publicly admire their weapons when there are double standards for Black owners.

“My fear is folks will endeavor to take NAAGA down if politics become prevalent, Allegra Biaggi said. “They will see us as a threat just as if we were walking down the street strapped! Also, I would hate to see the organization co-opted by politicians…look at that other gun organization right now…they are about to implode!”

“I think we should leave that arena alone,” Albert Rainey. “We have enough problems with being African American[. T]he moment we express our interest in firearms it became more of a problem.”

“I think adding a political agenda will paint an even bigger target on the organization and that will start a bigger attack on our rights,” Albert Rainey said.

“We need to speak for ourselves because none of them do,” La Tonya Hamilton said.

“Understand that the right to keep and bear arms is an [sic] unalienable right not granted by the 2nd amendment,” Cornelius Edward Washington Meeks said. “Essentially the 2nd amendment is irrelevant. So forming a PAC is just as irrelevant. I will focus on defense, education and training from the grassroots perspective.”

“Going political will cause many chapters to pull away. Now is not the time to be divided,” Meeks said.