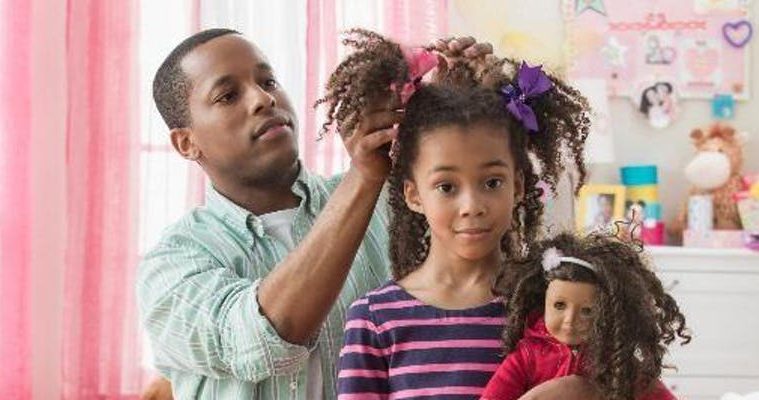 What Single Black Fathers Need To Know About Their Daughters

An Ohio salon believes black fathers should know how to take care of their daughters’ hair for Fathers Day.

On June 15, the day before Father’s Day, Natruelly Mee wants fathers to know more about their daughters’ hair.

At the father/daughter event, fathers are knowledgeable on braids and twists, ponytails and buns.

Natruelly Mee’s location is on Corporate College West, which is where the Cuyahoga Community College is at.

Riggins was working in a barbershop, gaining different input from men.

Being in a barbershop as the only female, she began to understand the struggles between fathers and daughters.

She was aware of her male clients being single fathers who didn’t know how to connect with their daughters.

Riggins solution to their problems is simple. Men should know how to do their daughters’ hair.

Her experience in an all-male environment is the inspiration for her free course. She wants men to have a bond with daughters, including styling their hair.

“It’s really important that dads are involved,” Riggins said via WKYC. “[Women] shut them out when it comes to the hair thing and we kind of take over as women.”

Why Fathers Should Do Their Children’s Hair?

Riggins claims fathers who do their daughters’ hair enables quality time with their children. 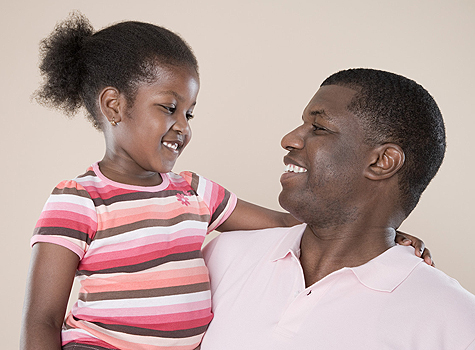 A bond between father and daughter. Credited by Google.

Sometime, stylizing hair could take hours to completion, and it’s a bond that pits both persons in a test of comfortability.

“It’s about creating a bond with your child,” Riggins said. “When you’re doing your child’s hair, that’s a lot of one-on-one time.”

By doing the child’s hair, fathers boost their children’s confidence and open conversations with them.

The event bridges the divide between male and female stereotypes as well as the stereotype black men aren’t good fathers.

While it being a small subset, Black men with sole custody of their children is an underrepresented minority in itself.

According to the Pew Research Center (PRC) in 2017, children living with single Black fathers make up 4 percent.

A digital manager at Black Enterprise, Samara Lynn, claims life with her single father was tough, according to her Op-Ed.

Her father’s limited resources put him at a disadvantage when Lynn’s mother ran away from the family.

Despite having two or three jobs, her father wasn’t able to provide the quality time or money for vacations. She also recalls times when there were days without lights, heat, air conditioning, school supplies, or clothes.

Hypermasculinity Is The Problem Too

Men knowing nothing about women, specifically their own daughters, is potentially due to their ideal of manhood.

“We look at dads, and we expect them to do the sports and physical activities,” Riggins said. “But when it comes to the nurturing and maintenance, we kinda leave that to the moms.”

Riggins believes fathers are just as capable of doing gender-specific roles mothers are associated with.

She hopes her class can teach men that feminine products can be bought by fathers.