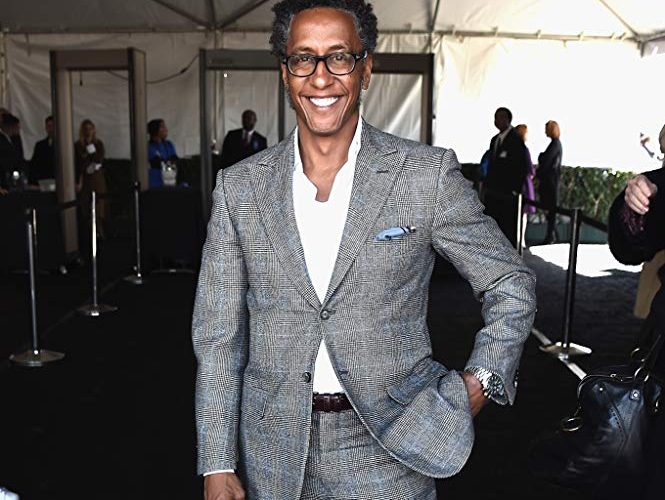 In December 2018, Andre Royo, famous for his roles in ‘Empire’ and ‘The Wire,’ took his first trip to Ethiopia. Located in East Africa, Ethiopia is one of two African countries that was not colonized and has a rich culture and history. It is the home of some of the worlds most renowned marathon runners, the rock-cut churches in Lalibela, and the castles in Gondar. Ethiopia is also believed to be Zion by Rastafarians and has a Rastafari community located in the town of Shashamane.

, Ariela Weinberg got a chance to sit down with the actor and learn more about his trip to Ethiopia, his acting career, and his advice for aspiring actors.

What made you decide to travel to Africa?
I had never traveled by myself. It was either for work or with family. I wanted to take time and grow a little bit. Most of the time being from New York, you don’t think about traveling because everybody comes to New York. One day I decided it was time to get to the next level of maturity.

How did you decide on Ethiopia?
I felt a little embarrassed because the only thing I knew about Ethiopia, or the only thing I thought about when I think about Ethiopia is starvation. Flies on babies. That shouldn’t define Ethiopia. I wanted to find out for myself. I was doing some research. The first thing that popped up was Ethiopia had just elected their first black female president. Maybe it was a coincidence or maybe the universe was talking to me. Enough said.

What has your impression of Ethiopia been thus far?

Ethiopia is growing and becoming a destination spot. Rightfully so. It’s my first country in Africa to visit. I’ve just been amazed at the pride here. I’ve been amazed at the energy that’s coming from Ethiopia. It’s growing fast. A large population of Ethiopia is thirty years old and under. That young energy is moving. Ethiopia for me has this kind of hip hop energy because they did it the rough way. They did it the hard way. They’ve never been colonized.

What did you think before you came?

I thought if I came to Ethiopia I would blend in and kind of disappear a little bit. I just wanted to know what it felt like again to walk around and not be noticed. I wanted to remember back to what it felt like when I was really hungry and refuel my energy. But of course, I’m pleasantly surprised that Empire is out here and so many people recognize me.

Where did you visit within the country?

What was your favorite destination?

Lalibela was by far the best. It was one of those special places where I felt at peace with myself. That’s the hardest for me because my brain is always going. I have this energy that is constantly turning and bubbling inside me. That’s that New York state of mind.

What was one thing that you loved on your trip?

What inspired you to be an artist?

My dad was one of those serious dudes.  The only time I saw him show any emotion was watching TV. When he’d watch TV, I’d see him laughing, or jumping, or being surprised. Sometimes even crying. What kind of thing can get emotion out of this tough dude?  Whatever they’re doing I want to be a part of it.

How did you get to where you are?

There was a certain thing about my tenacity and my never say die attitude. There was no Plan B. Every ‘no’ motivated me and every closed door aggravated me to go find a different way in. I took the craft seriously.

Andre: Of all time?

Ariela: Of all time.

Andre: Because we all know the ladies love Stringer Bell. Don’t lie. My favorite character when I look at the show is of course Omar.  We’ve never seen that type of character before. In today’s world, where every story has been done before, when you can still create a newness… that is something special.  That’s what makes David Simon and Ed Burns genius.

Ariela: Let’s talk about that, I know Michael K. Williams suffered from addiction and losing his identity while he was playing Omar. He was in the streets of New Jersey using drugs.  Did you experience anything akin to losing yourself?

Andre: It was one of my first big shots in the game. I had the fear and hunger to show people that I’m good at what I do. I had to get it right. My cast knew already that I was in that character and I stayed for the first two years or so by myself just working on it. It was such an arc of pain and despair that Reginald was going through that it was hard to shake off. When they yelled cut and you go home, you know you’re sitting there still feeling some remnants of that arc. It stuck with me for a long time.

What advice would you give someone who wants to get to where you are now?

The youth today are really in charge of their own brand. They are promoting themselves all the time on Instagram and Facebook and Twitter. They are getting people to wonder and be curious about who they are. If this is something you want to do, prepare yourself for failure. I know it’s kind of cliché, but it is all about persistence. Perseverance. This is the only profession I know where you’re never too old, you’re never too young, you’re never too anything. All that matters is you’re good at what you do. You take your craft seriously. Prepare yourself for when an opportunity does open up. If it doesn’t present itself, then you do it yourself. You make your own movie. Write your own script. Everybody can make their own movie. The same way you promote yourself, promote your product. It was Sean Baker who shot a movie on an iPhone called ‘Tangerine.’ It was nominated for an Oscar. So don’t tell me it can’t be done. Get it done. Don’t wait for nobody.

Do you have any upcoming projects you’re working on?

I do have a couple upcoming projects. You know the game. If I talk about it too much it diminishes the energy that I need to have to to get it done. The one thing that I’m excited and scared about at the same time is a James Baldwin project. I play James Baldwin.

Of course, we got some more Empire to do, baby. The Lion family are my clients and I gotta make sure the Lion family stays the head of the empire.

What is your philosophy of life?

A James Baldwin quote that is starting to become my essence is, “Love is growing up.” As I grow up I want to make sure I understand and grasp what love is about. Love is about connection, and having a shared experience with our fellow human being. It’s about having a certain empathy, for not just people, but also for the earth. We are all connected. This universe is all connected. I needed to start traveling. I needed to get out of the United States and see this big world. Now that I’ve done that and now that I continue to do that it makes me love the world more. “Love is growing up.” So grow up everybody. It’s time to grow up.

What’s the next destination after Ethiopia?

Now that I’ve educated myself about Ethiopia, first hand, rather than what I was taught by the media I want to do that more often. I want to go to Rwanda. When I hear Rwanda, I hear genocide. That was a long time ago. I want to see the truth for myself. I want to make sure I become a better student of the world and travel more.

Do you believe Ethiopia is Zion, the motherland?

Yes, I do believe that. I feel like I’m home. I’m going to take this knowledge of self back to the American states and tell them the motherland is calling them.