100 Days In, Trump Is Breaking Campaign Promises Left and Right 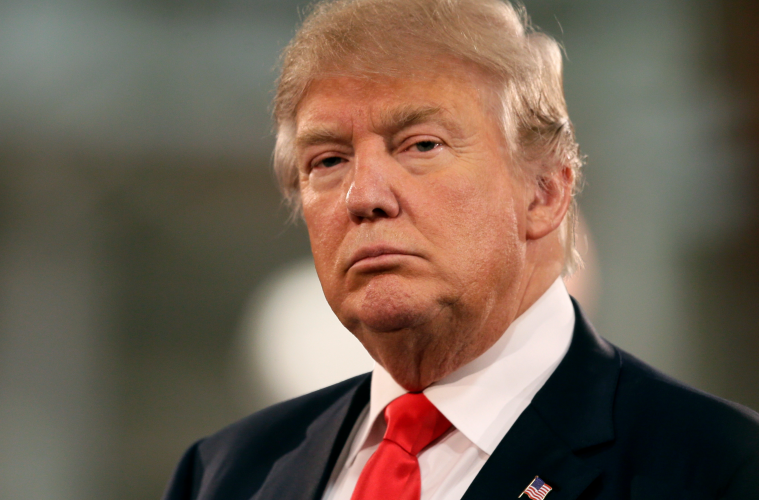 As with any job, a president can set the tone for his (or her) term during those first few months in office, which makes this particular length of time especially important. On Saturday, April 29th—with historically sad approval ratings and zero legislations passed—Donald Trump will have reached his first 100 days as leader of the free world. At this point in their presidency, George W. Bush and Ronald Reagan both had made considerable strides toward passing tax cuts, and Barack Obama had passed a huge stimulus bill that tackled climate change and education in that time span.

Trump’s campaign consisted of a bunch of galvanizing promises to constituents that ranged from a ban of all Muslims entering the country and building a wall along the US- Mexico border to repealing ObamaCare. Most of these proposed plans have not come to fruition, leaving our current POTUS with a poor batting average. That’s not to say that those tiny hands haven’t been flexing, because Trump is still out here doing what he does best: making a mess of things, but now it’s on an international level. He spearheaded missile strikes against Assad in Syria while managing to sign more executive orders than anyone in the Oval Office since World War 2. For the record, that’s not a good thing.

President Trump has emphasized the importance of getting things done and even coined the phase “100 day action plan.” But he later backpedaled, firing off a tweet downplaying the standard of the first 100 days as “ridiculous.” This isn’t the first and it likely won’t be the last time Trump doesn’t do something he said he would. In fact, here are 10 campaign promises that have yet to get crossed off Trump’s to-do list.

What he said: During his presidential campaign, Trump promised that the Democratic health care reform legislation—The Affordable Care Act often referred to as “Obamacare”—would be scrapped on his first day in office. “You’re going to have such great health care at a tiny fraction of the cost and it’s going to be so easy,” he said.

What happened: After the initial Republican legislative effort collapsed in late March, Trump recanted his promise just 64 days into his presidency. “I never said repeal it and replace it within 64 days,” he said. “I have a long time. But I want to have a great healthcare bill and plan, and we will. It will happen. And it won’t be in the very distant future. Nobody knew that health care could be so complicated.” Speak for yourself.

What he said: “Lock her up” was one of the hit rallying chants from Trump’s supporters. As a presidential candidate, Trump wanted badly to see Hillary locked up over the use of her private email during her time as Secretary of State. He said, “If I win, I am going to instruct my Attorney General to get a special prosecutor to look into your situation.”

What happened: After he won, the president-elect changed his outlook. The politician he had once said was “such a nasty woman” later stated in an interview that “I don’t want to hurt the Clintons, I really don’t. [Hillary] went through a lot and suffered greatly in many different ways, and I am not looking to hurt them at all.”

What he said: Trump promised to build a wall that the Mexican government would foot the bill for as a way to keep out the “bad hombres.” Candidate Trump spoke passionately of the great wall that he planned to erect along the US-Mexico border. Contrast that with this tweet, which the president fired off afterward: “Eventually, but at a later date so we can get started early, Mexico will be paying, in some form, for the badly needed border wall.”

What happened: Trump found that campaign rhetoric is easy; but execution in Washington is much more complicated. The administration promised to shuffle funds in order to start building the wall, but it looks like Congress will need to find billions of dollars to begin construction. In other words, don’t hold your breath for this getting started any time soon.

What happened: Trump stalled pretty quickly on this vow, which was doomed from the very start. In 1964, The Supreme Court placed constitutional restraints on how states define libel laws, so Trump’s proposed action would require a Supreme Court overrule, which is highly unlikely.

Cancel all Funding of Sanctuary Cities

What he said: “We will end the sanctuary cities that have resulted in so many needless deaths. Cities that refuse to cooperate with federal authorities will not receive taxpayer dollars, and we will work with Congress to pass legislation to protect those jurisdictions that do assist federal authorities,” Trump said.

What happened: On Tuesday, April 25th, a California judge blocked Trump’s sanctuary city executive order. Since then, there has been no word of a contingency plan from the Trump administration.

What he said: “The events never happened. Never. All of these liars will be sued after the election is over.” Trump threatened to take legal action against anyone who accused him of sexual assault. Even though Trump was caught on tape making inappropriate comments about women, he denied the accusations of sexual misconduct made by several former colleagues.

What happened: Much like his plans to take Hillary Clinton to court, Trump has yet to take legal action and sue any of his accusers.

He Wouldn’t Have Time to Play Golf

What he said: While on the campaign trail, Trump threw jabs at President Barack Obama for hitting the greens during his two terms. In contrast, he made promises to spend most of his time in DC. “I’m going to be working for you,” he said. “I’m not going to have time to go play golf.”

What happened: In his first 88 days in office, President Trump went golfing 14 times, which averages out to be once every 6.3 days. At that rate, he’ll end up golfing far more times than President Barack Obama, who golfed once every 9.5 days. In fact, Trump was barely a month into his presidency before his golf dates with pro Rory McIlroy and Clear Sports CEO Garry Singer.

What he said: Trump promised to remove the estimated “2 million immigrants living in the country,” including gang members with aid from local, state, and federal law enforcement.

What happened: His attempt to make these massive deportations has been stalled. Just like Trump’s failed ban on Muslims entering the US, a mass deportation is unconstitutional and would violate due process.

Approving the Use of Torture

What he said: Trump vehemently stated that he would okay the use of waterboarding “immediately” and “make it also much worse,” adding “torture works.”

What happened: Post inauguration, the president said he would go along with whatever Defense Secretary James Mattis and CIA director Mike Pompeo decided. During his confirmation hearing, Pompeo said that he would “absolutely not” re-activate such forms or torture.

What he said: Trump would often scold Chi-Town for its high crime rates, promising to intervene with federal aids “if the mayor can’t [lower] it, he must ask for federal help.” He even tweeted that, “If Chicago doesn’t fix the horrible ‘carnage’ going on, 228 shootings in 2017 with 42 killings (up 24% from 2016), I will send in the Feds.”

What happened: Nothing. Despite claims that he could fix the problem “in a week,” Trump hasn’t moved on the issue and the murder rate in Chicago remains high at 183.