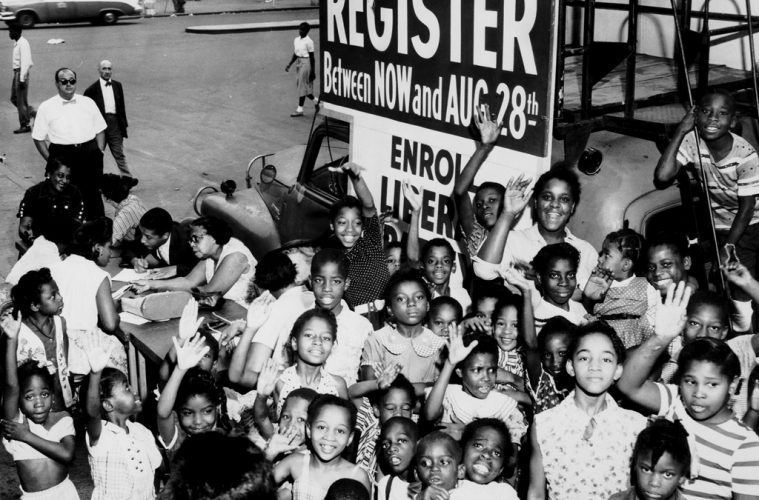 Enshrined in the 15th Amendment of the United States Constitution is the right to vote. Ratified in 1870, the Amendment guarantees that citizens will not be denied that right on the basis of race. One hundred and forty-eight years later, minority voters are subject to voter repression due to institutional mechanisms that make them illegible to participate in the 2018 midterm election.

The Florida Board of Executive Clemency and Governor Rick Scott are in the middle of a federal lawsuit that claims Florida’s re-enfranchisement system is racially biased and unjust. An exposé by the Palm Beach Post on October 25, reported that the governor’s committee and voting rights restoration board disproportionately re-enfranchised twice as many white people as black people, even though the demographics of state prisons in Florida showed that both were being released at roughly the same rate.

Governor Rick Scott has on average restored the voting rights of 400 citizens annually. A meager number in comparison to former Governor Charlie Crist who re-enfranchised nearly 155,000 rehabilitated felons throughout his four-year term. Nearly 1.5 million former Florida felons and 1 in 5 black adults, have not been re-granted their voting rights and cannot vote in Tuesday’s upcoming election. 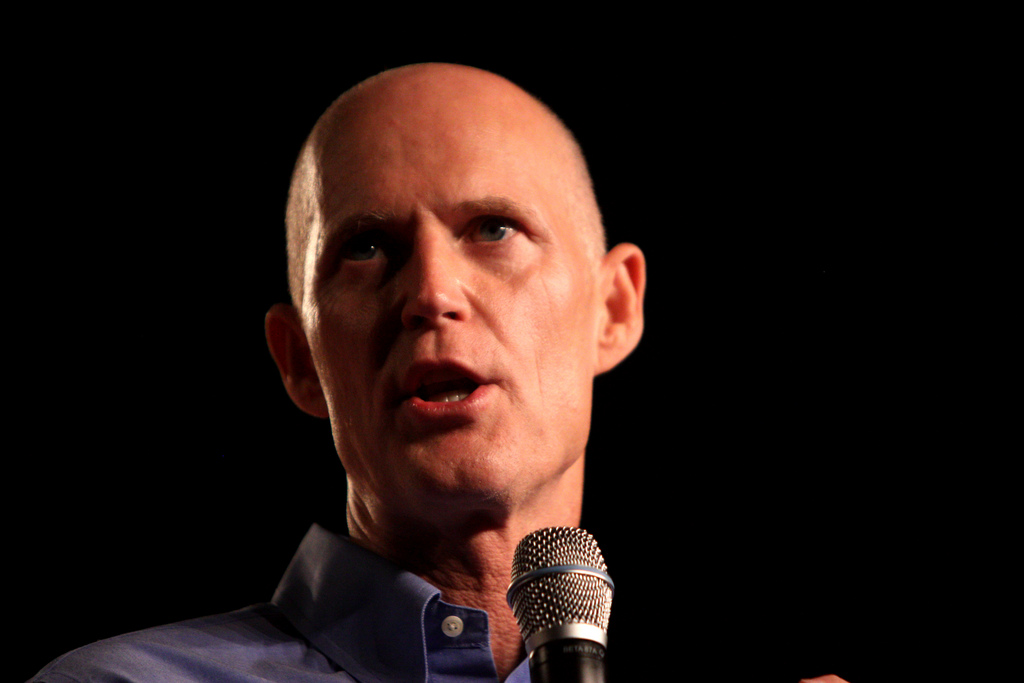 Florida’s clemency system is among the toughest in the nation. Felons can only begin the application process to restore their voting rights, five to seven years after finishing their sentence. Florida, Iowa, and Kentucky are the only states that permanently take away the voting rights of anyone convicted of a felony, requiring a petition to the government in order to restore those rights.

Most states either restore voting rights as soon as the sentence is completed or never strip felons of those rights and allow them to participate in the voting process while imprisoned.

The overall US criminal justice system claims to be race-neutral. However, countless studies have proven that the laws are often carried out in a racially biased manner as black people are imprisoned at 5 times the rate of their white counterparts. Black men make up 13.4 percent of the American population yet they comprise 34 percent of the prison population. This inordinate representation of black people in the prison system is extremely salient when the issue of mass incarceration, represented within the state of Florida, continues to plague our nation.

This disproportionate and discriminatory incarceration of black people in Florida is a byproduct of the Black Codes. According to the Naples Daily News, the local government of Florida implemented “laws intended to increase the severity of punishment for crimes likely to be committed by freed slaves.” Thus contributing to the unjust rate at which black people are ushered into the criminal justice system.

Florida state legislators took their racially charged legislation one step further by adopting Article XIV to the state’s constitution. The article, approved in 1868, snatched the voting rights of felons resulting in excessive numbers of African Americans being disenfranchised.

The criminal justice system institutionally discriminates against people of color throughout all aspects of the corrections process. Not only are black Americans more likely to end up behind bars due to the multiple systematic mechanisms in place but after carrying out their biased sentences, they are less likely to be re-enfranchised. 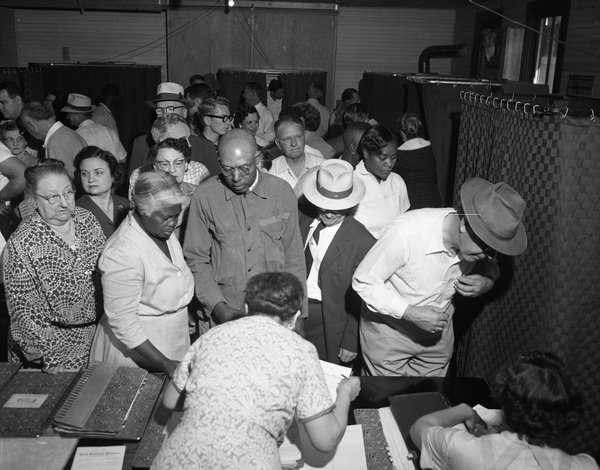 This year, citizens of Florida will be able to vote on Amendment IX which would conform to other states restoration systems and automatically re-enfranchise felons – excluding those convicted of murder and sex crimes – after they complete their sentences. The Amendment has received bipartisan endorsement and public approval with opinion polls predicting more than 70 percent support for the amendment.

Amendment IX is a significant step in correcting the malpractices of the United States’ criminal justice system by allowing disadvantaged minorities to maintain their voting rights while serving time in an institution that disproportionately works against them. Amendment IX counteracts the racial bias of the nation’s practices and also counteracts the unjust doings of the Republican candidate for Senate, Rick Scott.

Re-enfranchisement is not the only voting issue we have witnessed this election cycle. There have been reports of voter suppression in Georgia with most of the victims being African American voters. A contentious gubernatorial race is underway in Georgia between Stacey Abrams, the Democratic candidate, and Brian Kemp, the Republican candidate.

To understand the contemporary mechanisms that work to prevent Georgian minority voters from participating in state and national elections, it is important to comprehend the various voting procedures that have been employed in Georgia since the ’50s.

Prior to the Civil Rights era, there were strict voter registration laws that aimed to ostracize black people from the polls. This would be done through institutionalized requirements such as literacy tests and violent oppression. These intimidation tactics were designed to make it burdensome and dangerous for minorities to vote.

With the passage of the Voting Rights Act in 1965, the federal government prohibited states from using systematic proceedings that fostered racial discrimination in the voting process. In order to ensure racial integration during elections, the federal government began to oversee the legislation of states that had a demonstrated record of being racially discriminatory and exclusionary in regard to voting rights. 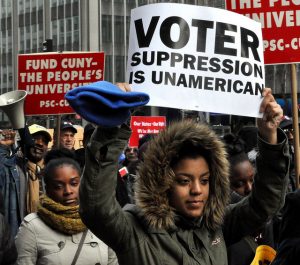 Following the ruling, the state of Georgia enacted stricter voting laws and closed numerous polling locations across the state. Creating an environment that made it more difficult to vote. Republican nominee Brian Kemp has fought vigorously to maintain the state’s discriminatory election practices.

In 2017, Kemp, serving as Georgia’s Secretary of State implemented the Exact Match Law. This law requires that information provided on voter registration applications match the records kept by the state government. Under this law, an individual’s application can be denied due to simple errors such as a missing hyphen, a misspelled name, a misplaced title, or a mismatched address as a result of a recent move.

If the voter registration application does not ‘exactly match’ the state kept records of the applicant, the application is either put on a pending list or completely rejected. Currently, 53,000 Georgians have been placed on this pending voter list. African Americans comprise 70 percent of the list making them unable to participate in the midterm elections. Voting laws, like the Exact Match Law, have negatively affected minority voters and voters that tend to endorse Democratic candidates. 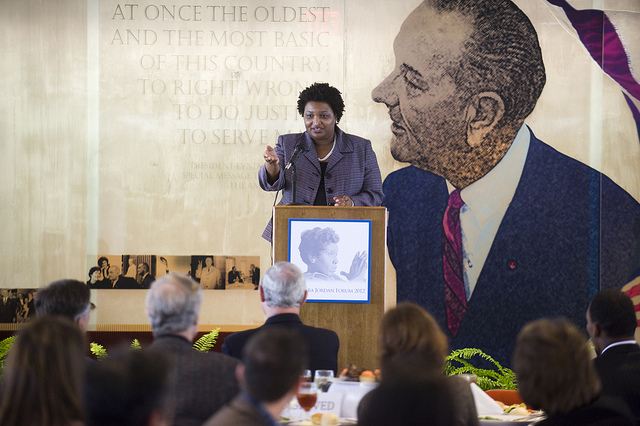 Through her voter registration group, New Georgia Project, Abrams has fought to challenge the voter suppression practices of Brian Kemp and the Republican Party. Abrams and her organization have sought to register new voters. As well as reach out to disenfranchised populations and win back their voting rights that were unfairly stripped away. Abrams has referred to Kemp as an ‘architect of voter suppression’ denouncing the Exact Match Law as a politically motivated attempt by Brian Kemp to secure the governor’s race

The feud between Abrams and Kemp materialized long before the 2018 governor’s race. In 2017, Brian Kemp attempted to have Stacey Abrams and the New Georgia Project investigated for illegally registering non-citizens. Ultimately finding no wrongdoings by Abram’s organization.

The systematic repression of black voters in both Florida and Georgia highlight the enduring oppressional nature of voting laws in America. It is no longer acceptable to use blatant racist rhetoric as justification for unjust voter legislation. However, politicians have managed to craft their biases into actions that claim to curb voter fraud and non-citizen participation while disenfranchising minority voters.

Outwardly expressed racism is not universally tolerated in today’s America yet systematic racism continues to be accepted and unchallenged. The voter suppression experienced by African Americans in the 2018 midterm elections continues the historical pattern of black voter disenfranchisement that occurred during slavery and the Jim Crow era.