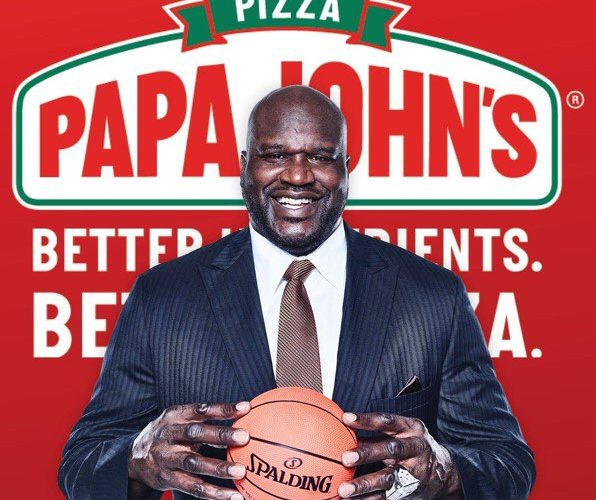 Shaquille O’Neal will be joining the Papa John’s Board of Directors and also invest in nine Papa John’s stores in Atlanta and become an ambassador for the brand in advertisements.

The announcement was made Friday that the NBA Hall-of-Famer would partner up with the pizza company. He will be paid $8.25 million over three years for his endorsement.

“Shaquille has an excellent entrepreneurial background, including as a restaurant franchise owner, and is a natural creative marketer,” Jeff Smith, chairman of Papa John’s board of directors, said.

Shaq, in addition to his iconic basketball career, has previously been business minded. He is the owner of a Krispy Kreme Doughnuts franchise in Atlanta, a Big Chicken fast casual fried chicken joint in Las Vegas, and Shaquille’s restaurant in Los Angeles. This new venture will allow Papa John’s to tap into O’Neal’s popularity.

Papa Johns has suffered from bad PR and loss of revenue since October 2017 when its founder then-CEO John Schnatter blamed NFL athletes who were protesting during football games for a slump in sales. Schnattter also used the N-word during a conference call. Schnatter resigned as chairman in July but the company’s financial losses have continued. Starboard Value, a hedge fund, has invested $200 million to help turn fortunes around and O’Neal said he was committed to doing his part.

“Because of my background, I know that behind every large company, there are thousands of people that put their heart and soul into the business. Papa John’s is no different, and it struck a chord with me that the company is putting in the work to do better within its walls and in the communities it serves across the country. After spending time with Steve and some of the leaders at Papa John’s, I know the company is destined for great success – and you know how I feel about winning!,” O’Neal said in a statement.