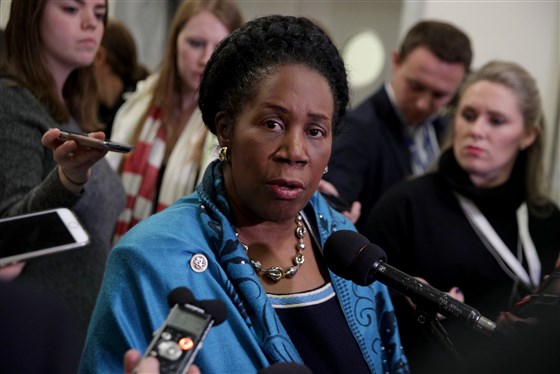 Rep. Sheila Jackson Lee (D-Texas) resigned as the chairwoman of the Congressional Black Caucus Foundation on Wednesday following claims of retaliation by a former aide in a lawsuit.

The 13-term congresswoman was accused of firing a former employee who claimed she was sexually assaulted while working at the CBCF in 2015. The lawsuit, filed Jan. 11 in federal court in Washington, D.C., declared that Jane Doe was a 19-year-old student at Howard University at the time and forced to perform oral sex, woke up in bed naked and in pain. At the time, she declined to pursue the matter legally but upon working with Jackson’s Lee’s office, she discovered the man who allegedly assaulted her was also interested in a position in her office. Jane Doe claimed to inform Glenn Rushing, Jackson Lee’s chief of staff, and asked for a meeting with the congresswoman. That did not come to pass and she was fired on March 29, 2018 for “budgetary reasons.”

“Ms. Doe’s career was derailed as a result of Representative Jackson Lee firing her,” the suit stated.

Jackson denied knowing of the alleged rape, subsequent retribution and initially refused to step down from her position at the nonprofit arm of the Congressional Black Caucus. According to Politico, colleagues urged her to reconsider and one even stepped down in protest. A source said that there were measures in place to vote her off the board. Others, such as The National Task Force to End Sexual and Domestic Violence, were uncomfortable with Jackson’s role in the lawsuit and overseeing legislation that advocates their causes.

Jackson Lee yielded to the mounting pressure and also gave up her subcommittee gavel on the powerful House Judiciary Committee.

“[G]iven the Foundation’s pending legal matter, I have decided to step aside as Chair and allow the CBCF the opportunity to pursue this matter, which is independent of the congressional matter pertaining to an employer/employee relationship,” Jackson Lee wrote.

Jackson Lee also took to social media to express her support for victims of sexual assault, including the unnamed woman suing her. The congresswoman also said she looked forward to the re-authorization of Violence Against Women Act. It expired at the end of last year and Jackson Lee had introduced measures to the bill that would increase funding for the Rape Prevention and Education Program and expand the response to missing and murdered Native American women.