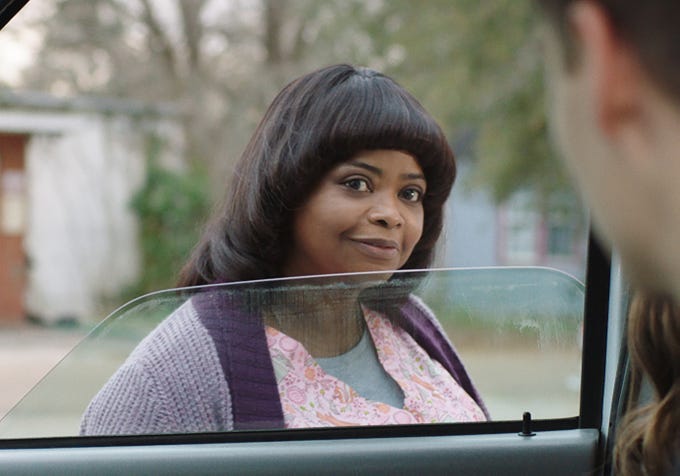 Spencer is the lead in the psychological thriller that opens this weekend. The veteran actress and producer who has usually played more nurturing roles spoke to the BBC about flexing her talents. She wanted to play more than just the stereotypes that Black women are known for, especially in movies.

Octavia Spencer is widely recognized for 2011’s “The Help” for which she won an Academy award for Best Supporting Actress. “Hidden Figures” and “The Shape of Water” have also been portrayals of the more nurturing kind. However in “MA”, Spencer plays a veterinary assistant who takes a sinister turn. She begins to terrorize teenagers and sews the lips of one together.

“I felt people always wanted to see me as the nurturer, or the sage, or the sassy black woman. And the funny thing is none of them are real life,” she told the BBC.

“So I thought, well, since I’m not doing anything that remotely resembles me anyway, I may as well go for gold and just do something completely out of that range at the other end of the spectrum.”

Spencer did not have any personal experience in which to base her experience. She instead did her research to bring the deranged character to the big screen.

“I just had to do a lot of research, and once I knew what her disorders were, it was easy to follow her thought process and thought pattern, and understand why she reacts as she does,” she said.

The multi talented Spencer is also an executive producer on “MA”. She hoped that working behind the camera would help to change perceptions and limitations.

“It’s not just for me,” she said, “but for the young girls who look like me, or little brown girls to have those opportunities, to be able to play the very fractured people and complex people.”