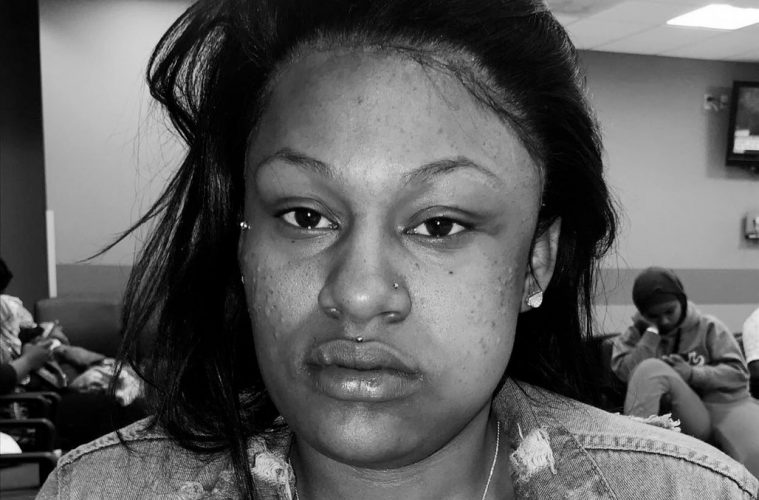 The Dallas Police County district attorney’s office dropped felony charges against a Black woman who was brutally assaulted by a white man after a backlash.

Shuffield’s was ultimately charged with aggravated assault with a deadly weapon, a second-degree felony, and unlawfully carrying a weapon. Lee’s charges were because she admitted to police that she smashed a window in his pickup after the assault.

“It’s not the intention of the Dallas Police Department to pick one side or another,” Deputy Chief Thomas Castro said in an afternoon news conference. “[We] have to make sure that all of our citizens have been heard and that we take all of their complaints seriously.”

Immediately, there was backlash to the decision. Dallas County District Attorney John Creuzot denied involvement in the warrant. His office issued a written statement Tuesday.

The Rev. Michael Waters of Agape/Joy Tabernacle African Methodist Episcopal Churches said that Lee’s potential arrest further highlighted the “severe mistrust” that grew between the black community and the Dallas Police Department. There were protests after Lee’s assault went viral. The city is also reeling from the September shooting death of Botham Jean by former Dallas officer Amber Guyger.

“I am convinced that black life does not matter to the city of Dallas,” he said.

Attorney Lee Merritt, who represents Lee, took to social media and blasted the decision by the Dallas PD.

“A black woman alone in a dark parking lot is stalked, harassed and assaulted by a white male. He brandishes a gun, knocks away her phone when she tries to call for help— then beats her mercilessly with blows to the head. DPD just found a way to charge HER with a felony. #DaiLee,” he tweeted.

A black woman alone in a dark parking lot is stalked, harassed and assaulted by a white male. He brandishes a gun, knocks away her phone when she tries to call for help— then beats her mercilessly with blows to the head. DPD just found a way to charge HER with a felony. #DaiLee pic.twitter.com/hMJab8UM3i

“The DA did what was right, what they were supposed to do in this situation,” Merritt said. “But it’s an embarrassment that these charges were brought forward.”

“We don’t want to live in a society where victims are blamed for their own assault,” he said. @wfaa pic.twitter.com/tz2L6NwKXN

The police department continued to defend their actions, insisting that Lee left them no choice but to file charges.

“The decision to file charges against L’Daijohnique Lee was based on her admission, evidence at the scene and statements obtained from witnesses,” police said Wednesday.

Watch Lee explain what happened during the brutal encounter below.

JB Rose – Why this Soul diva wants you to know you are ‘Gold’ - Read article: https://www.nuorigins.com/jb-rose-why-this-soul-diva-wants-you-to-know-you-are-gold/

For the Girls this Summer - Read article: https://www.nuorigins.com/for-the-girls-this-summer/

A License To Kill: The UK's conspiracy of silence on police killings - Read article: https://www.nuorigins.com/a-license-to-kill-the-uks-conspiracy-of-silence-on-police-killings/

More madness, as if in retaliation to the guilty verdict

Isaiah Brown is in intensive care after a sheriff's deputy shot him 10 times outside his home in Virginia yesterday.

Mr. Brown was unarmed, carrying just his cell phone. Bystanders say the deputy appeared to open fire without warning and for no reason.
https://www.nbcwashington.com/news/local/northern-virginia/virginia-man-isaiah-brown-shot-by-sheriffs-deputy-after-calling-911-for-help/2649178/