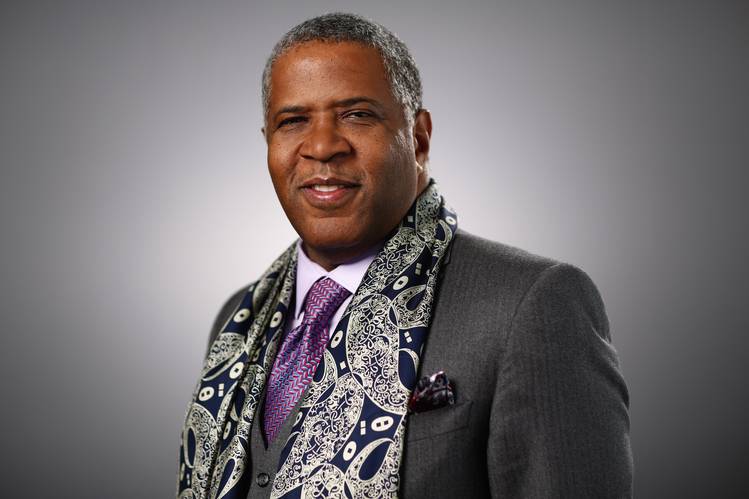 Morehouse College announced that billionaire and philanthropist Robert F. Smith has made a $1.5 million gift to the historically, all male black college in Atlanta, GA.

$1 million will be set aside to establish the Robert Frederick Smith Scholars Program. It will endow scholarships. An additional $560,000 will be to purchase land for and build a park in Southwest Atlanta. The new park will be adjacent to the Ray Charles Performing Arts Center on the campus of Morehouse College. The Students and alumni in the design will be consulted in the naming of the park.

“Robert F. Smith’s donation of $1 million for student scholarships will have a profound impact on the lives of deserving young men who have the desire to attend Morehouse College, but lack the resources,” said Morehouse President David A. Thomas. “We appreciate his generosity and his investment in a generation of students who will follow in his footsteps as global leaders and entrepreneurs.”

Smith, one of the most prominent and successful investors, founded Vista Equity Partners in 2000. Vista is a global leader in software and technology investments and currently manages equity capital commitments of more than $46 billion and oversees a portfolio of more than 50 software companies, employing 60,000 people worldwide. In 2018, Smith was ranked by Forbes as the 163rd richest person in America. He is also chairman of the Carnegie Hall’s board of trustees.

Smith is also the second highest private donor to the National Museum of African American History and Culture. He donated $20 million to the enterprise. Additionally, the Fund II Foundation, of which he is the founding director and president of the Fund II Foundation, has supported nonprofit groups that focus on African American culture, human rights, music education and the environment. Cornell, UNCF, National Parks Foundation, Susan G. Komen, and Global Wildlife Conservation have been some of the recipients.