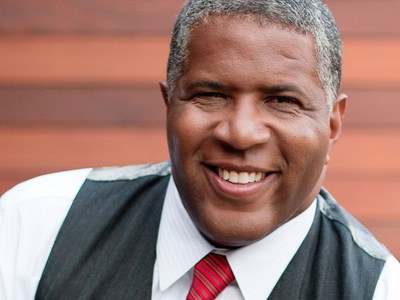 Founder, CEO, and chairman of Vista Equity Partners, Robert F. Smith, donated $2.5 million to the research and care for African-American men and veterans who have prostate cancer on Jan 14th.

Smith donated $2.5 million to the Prostate Research Cancer Foundation (PCF), an organization dedicated to the funding and acceleration of prostate cancer research, and The Robert Frederick Smith Center of Precision Oncology Excellence in Chicago, a precision oncology hub working to improving the care of U.S. veterans with prostate cancer.

According to a press release, this is the most significant donation ever made for research and care for African-American men with prostate cancer who, statistically, are 73 percent more likely to develop prostate cancer than any other race or ethnicity.

“We are profoundly grateful to Robert F. Smith for his incredible generosity and his leadership,” said Jonathan W. Simons, MD, PCF’s president, and CEO. “The Smith Center of Excellence represents a new model of American philanthropy and will pave the way for groundbreaking discoveries that will have a transformative impact on our research enterprise and its role in improving health equity for veterans and their families.” 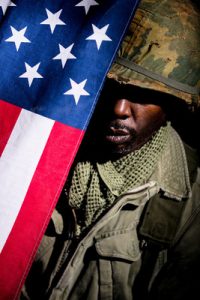 Second, only to skin cancer, prostate cancer is the leading cancer affecting men in the U.S. where one in eight men are diagnosed with prostate cancer. According to the PCF, African-American men are 1.6 times more likely to develop cancer than their white counterparts and are 2.3 times more likely to die from the disease. Although the rate of black men developing prostate cancer is significantly high, the five-year survival rate among black men has diminished. To date, the biological reasons for the alarming disparities are unknown.

“I am delighted to support the lifesaving work of accelerating promising medical research to serve our nation’s veterans who urgently need better treatments and cures and access to cutting-edge precision oncology,” said Robert F. Smith. ” With these resources, we will do right by those brave veterans who served our country, and we will change the odds for millions of African-American men who should be surviving prostate cancer.”

The PCF will fund a series of precision medicine teams at leading Veterans Administration medical centers and universities across the country in January.