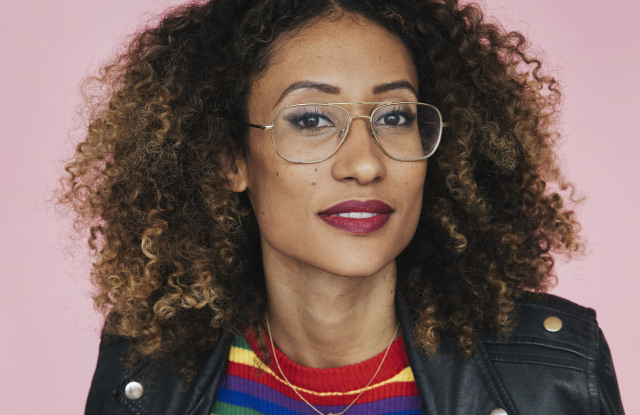 After two years working as the second African-American ever promoted to head of editorial, Elaine Welterworth has stepped down as Editor-in-Chief of Teen Vogue last Thursday.

As first reported by The Hollywood Reporter, Welterworth announced her resignation in an internal email to staff and confirmed signing with the Creative Artists Agency (CAA).

She announced her resignation publicly via Instagram on Jan 14th.

When I moved to New York City at 21 as an editorial intern, my greatest dream was to become Editor-in-Chief. It was a goal too intimidating to even say aloud. I was convinced it was totally out of reach for someone with no connections, no trust fund, and no fancy clothes. I pursued the path anyway. Eventually, I started believing the vision placed inside of me. I learned to shrug off the fear of failure, and how to refuse the urge to shrink—even when I was asked to. . Now, at 31, God has broken the glass ceiling on all of my wildest childhood dreams. My bucket list is all checked off and somewhere along the way I’ve managed to join the ranks of unstoppable women who’ve, throughout history, stared back into the face of the unknown and decided to MAKE IT HAPPEN. . Now, it is time to dream even bigger. . After six life-changing years at Conde Nast, I’ve decided to leave the company. Leading @TeenVogue at a time such as this, alongside some of the most talented people in the industry has been the most rewarding experience of my editorial career. It has helped me discover how to use my voice to empower young people and girls. This will continue to be a major focus for me as I take my next step—because beyond the compelling covers, and groundbreaking conversations we started online, cultivating this incredible community is what I am most proud of. . You are a beautiful, inclusive tribe of thinkers, doers, and dreamers who challenge me to be better every day. Getting to know you, both online and in person, has been the absolute greatest joy of my job. And I’m excited to take you all along for the ride into my next chapter. . What I know now that I didn’t know at 21 is that life is a series of dreams realized. There is no destination, but there will be breakthrough after breakthrough along the way. Our greatest obligation is to keep reaching, to continue growing, to push beyond what seems possible, to live outside the boxes created for us. That is exactly what 2018 is about for me, and for all of us. I’m beyond excited for what the future holds—if 2017 taught us anything, it’s to never underestimate the power of a black woman…✌?❤️✊? #TeenVogueForever #ontothenext

Welterworth became publisher Conde Nast youngest-ever-editor and second African-American to serve as editor-in-chief of  Conde Nast publication in April 2016. Since then, she had expanded the Tenn Vogue brand to include progressive coverage of politics, social justice, and feminism alongside fashion, beauty and pop culture.

” Our greatest obligation is to keep reaching, to continue growing, to push beyond what seems possible, to live outside the boxes created for us. That is exactly what 2018 is about for me, and for all of us” said Welterworth in an Instagram post.

Not only was she responsible for managing Teen Vogue, Welterworth has made a cameo appearance in the show Black-ish and had co-written an episode of Yara Shahidi’s Grown-ish, the sister show to Black-ish.