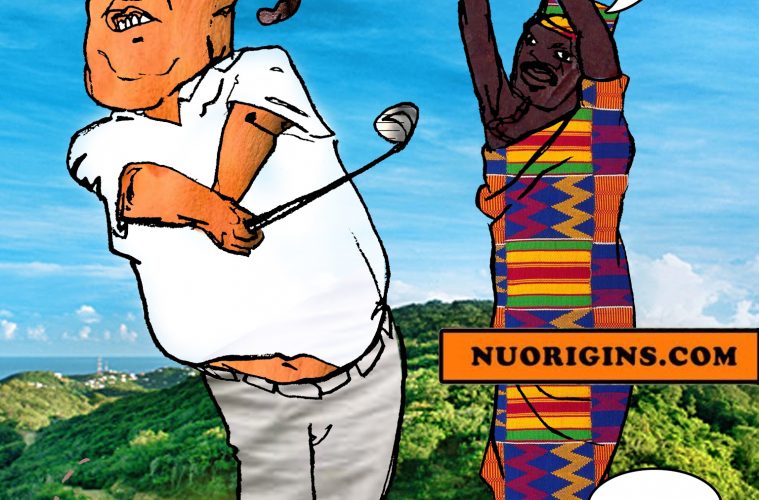 During a meeting with bipartisan group of senators gathered for a meeting with Donald Trump yesterday focusing on discussing an immigration deal. Senators were left dumbfounded as he made brazened statements about Haiti and Africa, referring to them as “shithole countries. As a result, Trumps blatantly vulgar remarks caused an uproar throughout social media from journalist and citizens alike.

The comments were first reported by The Washington Post, where El Salvador was included in the group of nations.

Not long afterward, the floodgates were opened online as legislators and civilians react to the disparaging remarks, with the majority of them either critics being immigrants themselves or children of immigrants from Haiti and Africa respectively.

Both my parents came to America from West Africa when they were teenagers with $50 in their pockets, seeking a better life for themselves and their children.

You know what that makes them? American.

If you have no problem with Trump calling Haiti, etc. “shithole countries,” you’re deplorable. And fuck you. You don’t even get a basket.

As a descendant of Haitians, I would like to remind Trumpkins that Haiti fought along side of what eventually became the U.S. in the American Revolution. In other words, Haitians fought for this country before many of your ancestors set foot on it’s shores. Haiti and African

According to media outlets, these comments arrived after a meeting at the Oval Office to discuss a path forward on an immigration deal and Trump’s frustration with discussions regarding the visa lottery system, a system he has repeatedly denounced in recent months.

Spokesman Raj Shah told the AP in a statement that while ‘‘certain Washington politicians choose to fight for foreign countries,’’ Trump ‘‘will always fight for the American people.’’ but did not deny Trump made the remarks and that the language used was in support for a more merit-based immigration program.