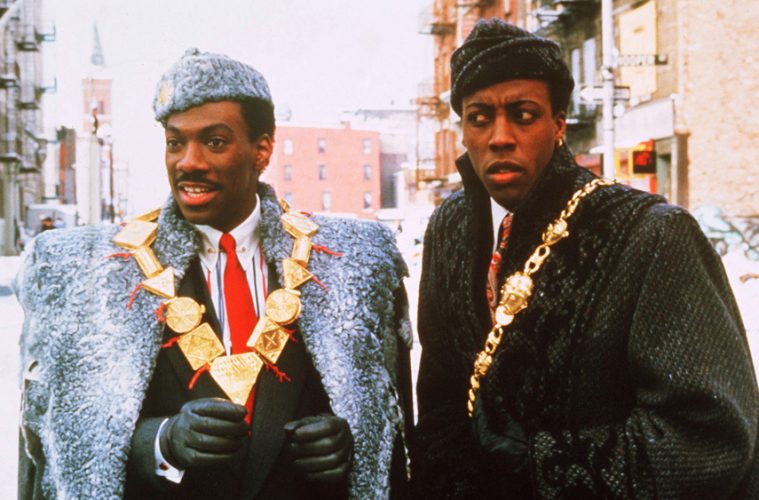 The sequel to Eddie Murphy’s “Coming to America” classic will be released on Aug. 7, 2020. Paramount Pictures confirmed the news Monday.

Murphy will reprise his role as Prince Akeem Joffer who will learn that he has a long lost son in America. The African ruler will return to the states in search of his son, bring him back to Zamunda and have him be installed as the next heir to the throne. In addition to the return of Murphy, other favorites from the original will return as well. Arsenio Hall, James Earl Jones, Shari Headley and John Amos are expected to step back into the shoes of their iconic characters.

The 1988 movie grossed $288 million domestically at the box office. The plot centered on the crown prince Akeem traveling to Queens in search of a bride. Fans were pleased when it was announced in January that a sequel would be happening more than 30 years after the release.

Craig Brewer will direct from a script written by Kenya Barris and the original “Coming to America” writers, David Sheffield and Barry Blaustein.

“After many years of anticipation, I’m thrilled that Coming to America 2 is officially moving forward,” Murphy said in a statement. “We’ve assembled a great team that will be led by Craig Brewer, who just did an amazing job on Dolemite, and I’m looking forward to bringing all these classic and beloved characters back to the big screen.”

Barris praised Brewer’s ability as a true auteur who brought a distinct vision to life.

“Craig’s ability to create a distinct cinematic world with each of his films is not only impressive, but also what made him exactly the voice and vision we needed to bring this story to life. From Hustle and Flow to his work with Eddie onDolemite Is My Name, he never fails to blow me away,” Barris said.

Filming is expected to begin in the next few months.