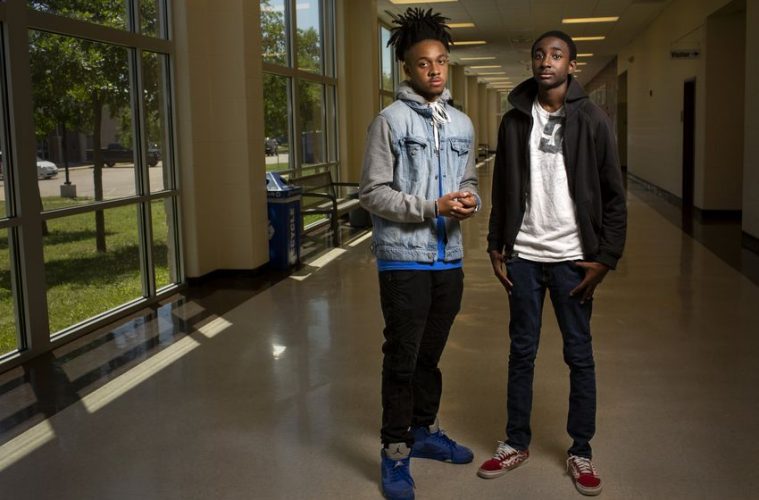 Black students in Texas are speaking out against plans to arm more teachers with guns in response to the violent and deadly school shootings.

The Texas Tribune reported Wednesday that the students were upset by Texas lawmakers looking to expand the state’s school marshal program in the wake of last year’s deadly Santa Fe High School shooting. Trained educators would be able to carry their concealed handguns when students are present. Furthermore, there was concern that could be no limit on how many marshals a school district can appoint and the latitude given to enforce safety. Many of them feared that they’d be singled out at a disproportionate rate compared to their white peers.

According to the paper, black students were over represented in all types of disciplinary referrals and were more likely to have their behavior reviewed by police officers. In some instances, they were arrested.

“We already get profiled based on the clothes we wear, how we look, our hair, what color our eyes are — and the main thing is the color of our skin,” Ahmir Johnson said. “[Lawmakers] can’t cover up how these programs might have an unintentional impact on students of color.”

Johnson is senior at Round Rock High School and recalled incidents with officers and black students. In one interaction, a school resource officer reportedly grabbed a student by the throat after being called to break up a fight. A Black student was thrown to the ground by an officer at Cedar Ridge High School.

Johnson was also worried of implicit bias despite any training that the teachers would receive.

“I have dreads, I’m African American, so as soon as people see me, they open up the book and just read me. That’s something I’m going to have to deal with my whole life,” Johnson said. “Training might help, but at the end of the day, teachers having guns at their disposal is not right in my eyes.”

A spokeswoman for Round Rock ISD, where Johnson’s brother is a freshman, said the district was not considering a marshal program for this coming fall or in the future. However, another official would not deny that it was being considered as advocates believed the measure would be a way to curtail shootings. It was insisted that any expansion would not be mandated.

“This isn’t a forced issue, and it’s a totally voluntary decision by every individual school district,” Craig Bessent, one of Texas’ first school marshals and the assistant superintendent of the Wylie school district north of Dallas, said.

Others were upset by the presence of more guns in schools.

“After the Parkland shooting, African American parents [in Florida] expressed concerns that their kids might be disproportionately affected by these programs,” said state Sen. José Rodríguez, D-El Paso, who voted against bills expanding the program this year. “I think it’s understandable that parents might feel if we start having school marshals, minority students might be the ones getting harmed.”

Courtney Robinson, a scholar whose research focuses on the school-to-prison pipeline, was afraid  of worst case scenarios.

“If we can’t even treat black and brown students with respect when all they’re doing is walking or talking, why would parents feel safe if we’re then arming people who are not law enforcement or increasing the amount of law enforcement at schools?” Robinson said.