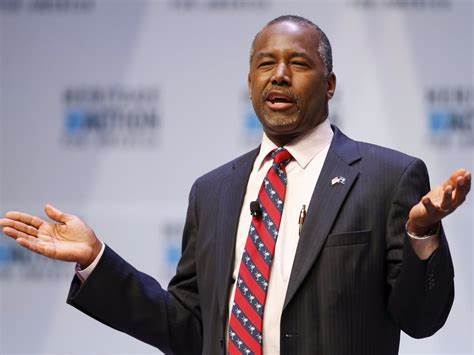 There’s a decline in Black homeownership, and Secretary of Housing and Urban Development Ben Carson is making excuses.

Black homeownership decrease to 8.6 percentage points and has been declining since peaking in 2004.

Although Black people are struggling to become owners, Hispanic homeownership has been increasing, according to the Hispanic Wealth Project (HWP).

Carson thinks Blacks couldn’t understand financial terms. According to HUD via Carson, the “wherewithal in terms of financial knowledge” during the housing crisis was too much for Black people.

“Interestingly enough, black homeownership has declined significantly, particularly because of the housing crisis,” Carson said. However, this recession took place between 2007 and 2008.

Who Is Ben Carson?

Carson is a former neurosurgeon and American politician. He once ran for president among candidates like President Donald Trump. Although Carson lost his bid, Trump decided to appoint the medical professional for a cabinet role. Carson became the HUD Secretary, which confused many concerning Carson’s expertise wasn’t in housing.

Carson was the first to successfully separate craniopagus twins. He became the youngest chief of pediatric neurosurgery in the country at age 33. Carson has received more than 60 honorary doctorate degrees, dozens of national merit citations, and written over 100 neurosurgical publications.

However, none of these achievements warrants him to be HUD Sec.

Why An Increase In Hispanic Owners?

Most Hispanic Millennials have an interest in becoming homeowners, according to Experian. They’re entrepreneurs with a college education, some are business owners. According to Experian, 9 of 10 say wanting to own a home is part of their Hispanic DNA.

It appears most Hispanic Millennials have more optimistic characteristics and a more positive outlook for the future than the average Millennial.

At 35 percent, bilingual Hispanic Millennials have a household income of $100,000 or more, which is consistent with the total number of American Millennials.

According to Market Watch, the lack of Black homeownership has left a gap between blacks and whites at its worst level since the New Deal, an initiative to solve the Great Depression.

From ages 20 to 36, it seems that White Millennials are 3 times likelier to become homeowners than their Black counterparts.

Why A Decrease In Black Owners?

The Great Recession certainly changed the trajectory of Black homeowners, but systematic issues involving predatory loans have a direct effect on Black owners.

Market Watch noted a study was done by Duke University, in which, in Chicago alone, past discriminatory housing policies cost Black families about $4 billion. Black families were tricked into “contract buying” arrangements.