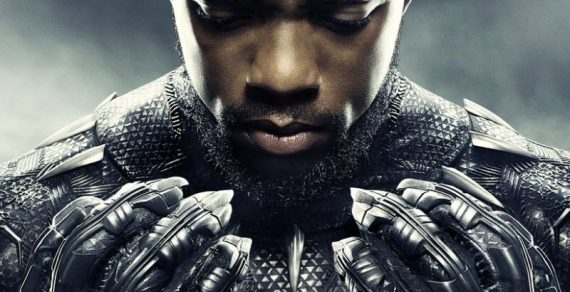 Yes, We Are Hype to See Black Panther, and Here’s Why

If you aren’t already aware, the latest Marvel Studios installment, The Black Panther, is set to hit theaters on Feb 16, 2018. Excitement is at an all-time high as Black Panther is set to make $100 million to $120 million on opening weekend based on pre-ticket sales. I even purchased a ticket for the midnight showing the day the movie is set to release in theaters; it is a big deal.

This movie is crucial for more reasons then people (outside of our culture) may realize. Yes, comic book fans are happy to see the character of Black Panther finally depicted on the big screen. However, Black Panther is essential to everyone in our culture because the film will re-write many Hollywood standards when it comes to Black people on a movie screen.

In the comic book world, the Black Panther, whose name is T’Challa, is the king of the fictional African country, Wakanda. The country is extremely wealthy and highly advanced due to the massive amounts of “Vibranium” the nation possesses. For those that don’t know, Vibranium is the rare metal used for Captain America’s famous shield. T’Challa is intelligent, wealthy with virtually indestructible armor, and possesses super-human speed and agility. He’s one of the best superheroes created, and he’s a Black man.

The Black Panther comic creators imagined a world where an African country that was not looted, and colonized by any European nations, and allowed to grow and govern themselves. Though fictional, Wakanda, on the movie screen, is that dream realized. Moviegoers will be able to see Black people not depicted as thugs, deadbeat fathers, or drug abusers. They will see Africans in their original, regal form.

Another reason this movie is essential for our culture is the portrayal of Black women. With all of the news stories of sexual assault and sexual harassment, to see women held in such high esteem in the nation of Wakanda creates an important image and sends a critical message that women are strong, and not second to anyone. This point may fly under a lot of people’s radar, but I would be careless if I didn’t mention how crucial this will be when the movie finally drops.

Leading up to the release, the hype seems to be at an all-time high. Social media is buzzing with excitement and based on the few facts I’ve shared; it’s not hard to see why: The movie touts a Black director, an almost entirely Black cast, and the film drops in the middle of Black History Month. It checked all of the boxes before an official trailer was even released. Then, Chadwick Boseman, who plays T‘Challa, led his co-stars including Oscar winner, Lupita Nyong‘o, Daniel Kaluuya, Michael B. Jordan, Danai Gurira and Angela Bassett, on the purple carpet on Monday where they looked like royalty wore African garbs.

Now to be fair, I have seen some people on social media going a little overboard with excitement for the Black Panther by equating this movie to Black liberation. It’s okay to want to see a film that challenges what is seen in Hollywood with regards to Black people and African countries, but to act like this movie will change anything about our status in America is lazy, shortsighted, and ridiculous. Enjoy the film and take it for what it is, be excited for what it could mean for the future of cinema.

Get your tickets, dress up with your family, be unapologetically Black in the theater, and most importantly enjoy the movie. We’re rooting for everyone Black.