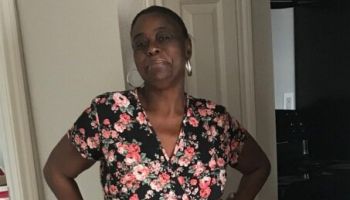 A police officer in Texas fatally shot Pamela Turner during an altercation over a Taser at an apartment complex late Monday despite her claims that she was pregnant.

Turner, a 44-year-old African American, was in a scuffle with the unidentified police officer which was caught on a cell phone. The graphic video went viral and showed the officer shooting five times despite the fact she shouted “I’m pregnant” multiple times in the video. She died at the scene.

The family has sent me a picture of #PamelaTurner . Please share this instead of that mugshot. #BLMHOU #SayHerName pic.twitter.com/QtrJb1rUos

Baytown Police Lt. Steve Dorris and Turner’s family confirmed she was not pregnant at the time of her death. According to Doris, the officer was patrolling The Brixton Apartments when he saw Turner with who he had previous encounters with. He approached Turner to place her under arrest because he knew she had outstanding warrants.

Dorris added that a struggle ensued between the two which forced the officer to use his Taser. Turner than allegedly got control of the Taser, and used it on the officer. The officer then pulled his gun and shot her multiple times as seen on the view.

“If somebody takes your Taser away from you and starts tasing you, there’s a very good likelihood that this is going to escalate and get very bad for the officer from there,” Dorris told reporters.

Lt. Dorris believed the officer, an 11 year veteran on the force, was wearing a body cam at the time of Turner’s death. However, that will not immediately be released as the investigation continues. That officer has been placed on administrative leave.

Dorris said the officer was an 11-year veteran on the force and had not previously been in trouble before.

“This is the first shooting the officer has been involved in,” Dorris said. “We’ll be out for some time tonight to reconstruct the events and get questions answered.”

Turner’s daughter confirmed she was schizophrenic. Witnesses said that Turner never hurt anyone despite her condition.

“Sometimes you would see her, you know, get into it with people around the apartments, but nothing too, you know, bad,” Raquel Cuellar said. “It’s just, you know, just typical her. She’s not a bad person. She didn’t hurt nobody.”

Watch the very graphic video of the altercation between Turner and the officer below.