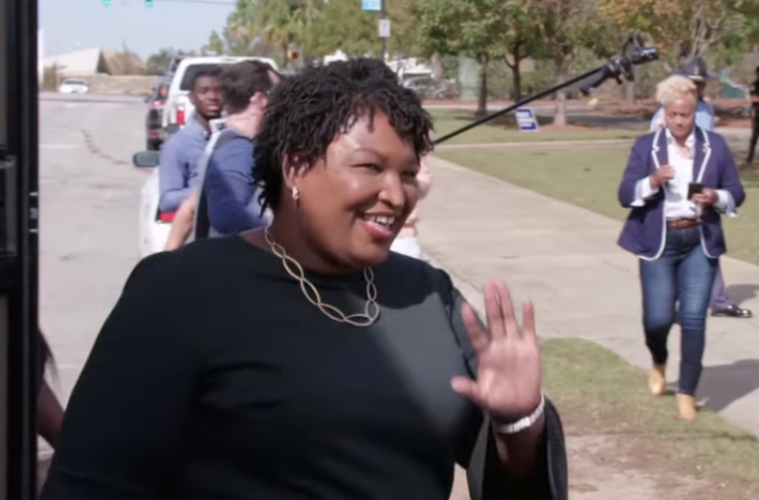 Stacy Abrams: A champion for Georgia and beyond

My first experience hearing Stacy Abrams’s name was two years ago amidst the chaos of voter corruption and her championing voice, calling to minorities for political participation. The headlines came in droves, accentuating her ability to pull even the most skeptical to the voters’ poll with promises of leading Georgia to a new liberal frontier. While it’s easy to look at the Republican nominee, Brian Kemp, as a loss for her, her credentials and power go beyond the race for Governor, making her the perfect nominee for Forbes 100 influential women in America.

Stacy Abrams’s connection to the community (locally and racially) didn’t start with peddling to voters, but with her attendance at Spelman University, Historically Black College/University, and graduating Magna cum Laude (definitely not taking George Bush’s advice of “C’s get degrees”). During her bachelor’s degree, she worked at the youth service center with then-mayor, Maynard Jackson, and later interned with the U.S. Environmental Protection agency. Abrams, even at a young age, showed a ferociousness in servicing those in need. It makes sense she would chase after her master’s in Public Affairs and terminally earn her J.D. at Yale Law. See, she be studying.

Abrams returned to her roots after finishing her academic career and moved back to Atlanta. There, she was once again found comfort in civic duty as a tax attorney, focusing on public finance, health care, and community organizations. With her experience stacking and her advantage of seeing multiple perspectives of life whether, from her childhood in Atlanta or her days at Spelman or her years at Yale, Abrams’s work was set in motion for something bigger. Starting with being appointed as Atlanta’s city deputy attorney at just 29 years old. Who is really doing it like Miss Abrams?

In 2006, Abrams won the election of 89th Georgia House of Representatives over former state legislator George Maddox and Dexter Porter. She continued the victory in 2010 by being selected as the minority leader for the Democratic caucus. This made her the first Black individual and First woman to lead in Georgia’s state legislature. She did have to work through the mud, collaborating with then republican Governor, Nathan Deal, on the HOPE scholarship. The HOPE scholarship was created to assist students going to college with requirements to maintain grades from school through their college careers. While the program initially worked smoothly, when the state didn’t get the lottery, they expected in 2011, changes to the program were made, inducing more harm to the student. She attempted to find a bipartisan compromise, the eventual significant decrease in HOPE recipients were shown in the following years.

Abrams did use this collaborative relationship to get clear visuals of the republican’s tax data. When she was appointed to study the tax data, she noticed that there was a cut in income taxes but an increase in sales tax on cable service. She brought up the issue and was initially ignored. So, what did she do? Well, she did what every witty, smart Black woman would do. She went home and made color-coded spreadsheets by income-level in understandable visualizations, then she put them on the desk of every house representative. Simply Iconic. She’s also worked on criminal-justice reforms that have for reducing prison costs without increasing crime and gained the largest ever public transportation funding for the city. Without fail, she incites inclusivity as the economy was rising in Georgia by working on state development for small businesses.

Her biggest power-move yet, running against Brian Kemp for Governor in 2018. Markedly, she was the first Black woman to be a major party’s nominee. This was no easy task, even for someone with a resume as long as Abrams. Brian Kemp happed to be the overseer of elections while also running for Governor, a bleak moment for any integrity left in state governments. So it was of no surprise when 53,000 voter registration were being held by Kemp’s administration team, and 75% of the registrations belonging to minorities. This obvious incident of voter suppression didn’t deter Abrams as she continued to fight for herself and those who needed a voice. Ultimately, Kemp took the election despite the legal ramifications for violating the Help America Vote Act.

This wasn’t the end for Abrams. She did state she wouldn’t be running for senate, but instead focused her efforts on founding Fair Fight 2020. Fair Fight is a political feat committee aimed toward advocacy of voter rights and fair elections in the state. She decided to use what could have ravaged her and reconstructed it into a way to help others, to avoid what she had to bear. Abrams didn’t just stop with Georgia but introduced the program into 20 states. Abrams’s work is quite larger than her, encapsulating the way democracy is supposed to actually be. She is literally trying to ensure we have our basic rights in this god-forsaken land of the free. Through her success and failures, she still rises for the people, in the same manner, she always has. Her influence isn’t just getting 800,000 new voter registration for the 2020 presidential campaign (which she did), her influence is getting people to believe in each other again, that if we work together, we can create a more bearable situation together. And that right there is priceless. That is the ultimate influence and most befitting nomination.