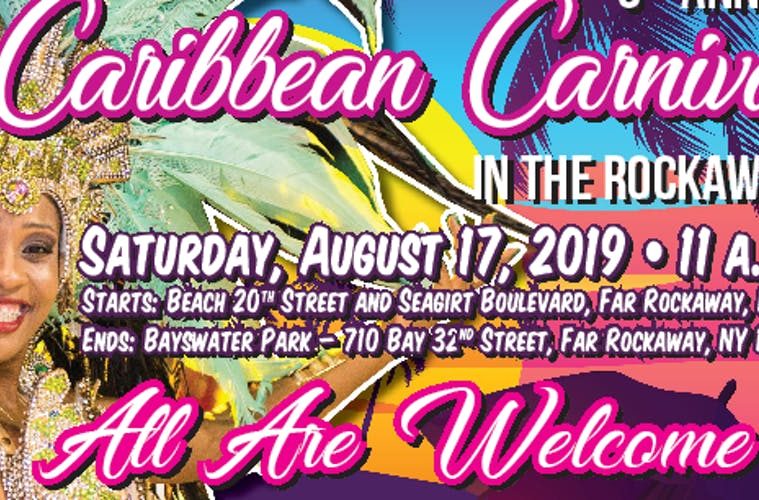 Every year, on August 17, State Senator James Sanders Jr. (D–Far Rockaway) holds a Caribbean carnival in Rockaway simply called Caribbean Carnival in the Rockaways. This upcoming event will be his third consecutive event.

The carnival’s purpose is to attract people to the Rockaway area while simultaneously promoting its Caribbean dominating population.

From 11 a.m. to 8 p.m. at Bayswater Park, located at 701 Beach 32nd Street, Far Rockaway, NY 11691, between the Beach 20th Street and Seagirt Blvd. in Far Rockaway,  there will be a parade of floats, steel pan bands, moko jumbies, and masqueraders. The event will culminate with live performances

“There are many reasons for doing this but one of his reasons is to bring people to Rockaway so it can improve the economic development,” Communications Director AnnMarie Costella said.

The carnival hopes to establish a better relationship with attendees, hoping they would shop at local vendors and return after being fully satisfied.

No Funding From The Tax Payers

This event is not paid by taxpayers. People of the community volunteer to be on various committees for entertainment, parade, vendor, etc.

“[The committees] can have fundraisers, and that money goes to a nonprofit, and the nonprofit pays for whatever is needed, like insurance,” Costella said.

Who Is Making This Possible?

The vendors still have to pay a fee, which goes direct to the nonprofits like the RDRC, and even when they turn a profit, which according to Costello, is probably not much, goes back into the expensive like the porta potties.

The event is expecting to have more than 5000 people in attendance and will feature 11 New York City politicians, such as Sen. Kevin Park and Brooklyn Borough President Eric Adams.

Who Is Performing At The Carnival

The event will feature a Grammy Award winning singer and songwriter Anslem Douglas, best known for his group the Baha Men and the song “Who Let the Dogs Out.” The lineup of upcoming talent are HeidiBe, Idika Rock, and Dre Q and Foundation.

According to the sources familiar with the carnival, the entertainers aren’t getting paid and are volunteering for the cause.