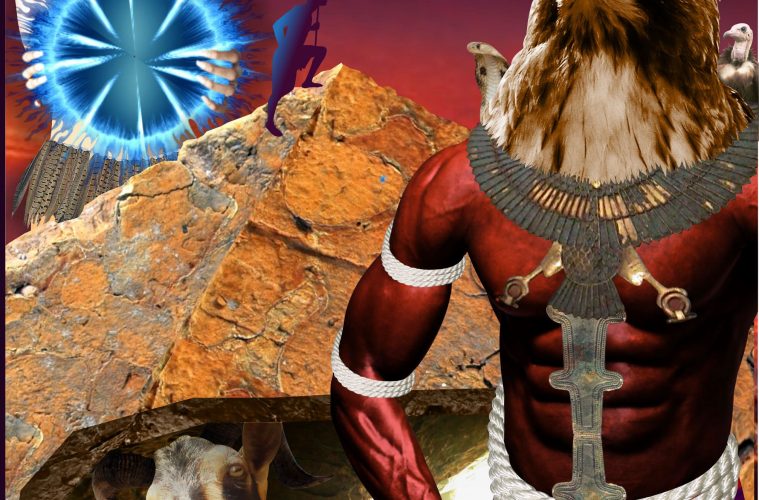 Behutet: The Warrior Within: Vol I, book review

Good vs.evil. Ancient vs. modern. Physical vs metaphysical. Inner peace vs tension.Through an array  of characters, Kazembe Bediako explores these themes in his 201 page,“urban Kamitic legend,”Behutet: The Warrior Within: Vol I  and in the process delivers a literary package replete with African spirituality, urban grit and cultural/historical allusions. First published by Khianga Publishing in 2011 and set primarily in both Ancient Kamit(Egypt) and modern -day America, the book “traverses two worlds.”

These worlds, not only physical but also extra- terrestrial, vivify Brooklyn bad boys, Harlem gangsters, Kamitic priests and sages, shape shifters, corrupt  NYPD officers, and an assortment of other colorful denizens. Bediako populates the pages of Behutet: The Warrior Within: Vol I with a potpourri of characters that leap across the fluid barriers of each page to function in both modern and ancient times as well as in physical and esoteric realms.While some clearly align themselves with the legions of good  or evil, others don’t fit neatly into either category.

Eventually evolving into a moral champion, Ra Heru Khuti the protagonist and descendant of the great warrior, Heru Behutet, accidentally discovers an ancient Kamitic text, The Papyrus Am Tuat. In  so doing, he unwittingly places himself within the crosshairs of the evil  genius, Sethe, “who will stop at nothing, including murder, conspiracies and mayhem to get his hands on the Papyrus and rebuild his evil empire..” Ra Heru Khuti devotes himself to aborting Sethe’s diabolical mission, at all costs. After stumbling upon the mysterious scroll, “Ra Heru Khuti … felt drawn to The Papyrus Am Tuat as if it had become his  personal guide, his destiny, or his purpose in life.”  Sethe and his henchmen, especially his  sidekick, Apep, pursue Ra Heru Khuti and terrorize their target’s family and friends in their efforts to snatch  the coveted Papyrus Am Tuat. In the end, Ra Heru Khuti and Sethe fight the final battle (of Vol I) and the hero unlocks the gates of victory with the powerful keys of peace and divine guidance. Good prevails over evil in this round. The book is the first in a trilogy.

In stark contrast to the protagonist, the novel’s malevolent Sethe quickly emerges as the antagonist, but some of its supporting characters straddle opposing worlds. Would-be rapper, street hustler, and drug dealer, Khetnu, on the one hand  descends voluntarily into the murky netherworld of criminal activity, but eventually finds redemption in the richness and sanctity of his African, ancestral past. In his initial “transcendental” experience, ”[d]evoid of training in Kamitic cosmology ,he [Khetnu] could not control his thoughts, even though his spirit claimed this energy. It was as if he was out of his body, but looking down at himself expanding way up into the sky, growing taller and taller. Then he saw his head become the head of a hawk. He felt faint as he soared above everything. He was flying above all of his conditionings, all obstructions, and obstacles. He had the power.” Now he truly possessed the freedom to chart his own course in life and travel on a high road.

For audiences accustomed to the linear transformation of characters in Western literary canons, Bediako’s concentric, Afrocentric transformative model may encapsulate events that seem quite unexpected or even jarring; however, Khetnu’s sinner-to-saint  experience, when perceived through the writer’s fluid lens, fits perfectly into his storyline. So does the physical transformation of Sekhet from an bland older sister into a fiercely protective being, who uses her powers to vanquish Ap, Sethe’s confederate and attacker of her younger sister, Bast. In one of the book’s many action-packed moments, the author recounts the culmination of Sekhet’s gory fight with Ap :”Without hesitation, Sekhet jumped on Ap, cutting and hacking his head from his neck with her laserlike beams of light. She tore out his intestines and kicked them into the fireplace with her left leg and burned her name into his body with her beams of light, driving his soul from his body. Then, by making sounds unheard of by the human ear, she dragged his life force out of his body and obtained mastery over his body-Ka.” At first glance, Sekhet’s conduct might seem villain-esque, but Bediako, through this scenario, succeeds in sending readers the message that one must choose to fight evil, fiercely, if need be, in defense of good.

The author, informed by his background in Kamitic cosmology, also  suggests through the words of the revered priest and sage, Shekhem Khesnu Neter, that the outcome of this battle of  good vs evil, rests firmly on the protagonist’s ability to hold on to his inner peace.” Anger is Sethe’s weapon. To defeat him you have to go within!… It is the [peaceful] warrior within you that will defeat him,”  Shekhem Khesnu Neter counsels Ra Heru Khuti.

Equally at home with   ancient as well as modern cultural and historical references, Bediako weaves  them into his story and creates connections to the plot for readers of varying ages and backgrounds.  Bob Marley aficionados will appreciate his extended tribute to the reggae icon’s musicology. In his story,  Bediako deftly embeds an allusion to Marley’s No woman No Cry  lyrics through the fusion of Marley’s original lyrics with Ra Heru Khuti’s words  as he shares selected memories with Mehurt, his “love” interest in order to explain his relationship with his friend, Khepri.

Marley: I remember when we used to sit

In the government yard in Trenchtown. Yeah.

Ra Heru Khuti: “I remember when we used to sit on Punchtrenh Dam and put on trial… every politician who ran the country into bankruptcy.”

Marley: And then Georgie would make the fire lights,

Ra Heru Khuti :“Then Khepri would make a bonfire and our deliberating voices, drenched in idyllic prose, would argue the possibility of viable Caribbean freedoms against the frenzy of dread, masquerading with the stagnation of inertia.

In this great future you can’t forget your past.

So dry your tears, I say.

Ra Heru Khuti:“ ‘In this great future no one can afford to forget one’s past,’ Khepri used to say.”

In the same allusive vein, the author  expands readers’ perspectives through references to a range of historical topics, including the Gullah people of South Carolina, Osceola, the Seminoles, Sullivan Island, Guyanese independence, The Civil Rights Movement, Khamitic spiritual culture, the Rosetta Stone, traumatized Rwandan child soldiers, and even wealthy 19th century Europeans’ celebratory consumption of mummy flesh. Although this  topical palette seems disparately multichromatic, Bediako manages to integrate each topic, coherently, into his story, and teases out relatable links in the reader’s mind. Furthermore, geographical connections abound in his references to specific Brooklyn streets and New York City neighborhoods; these enhance the book’s “urban” appeal and help to place it securely in the urban Kamitic legend genre.

In grasping the complexities of this ‘Nu” genre, readers, especially those unfamiliar with Kamitic names, might find the steady entrances and exits of new characters somewhat disorienting. Some only show up  to deliver a thematic message or historical reference, and then disappear abruptly.Keeping track of all the characters that meander in and out of chapters and scenes could distract readers; therefore, fewer characters and a list of their names and relationships  would have helped readers to better navigate the plot. More fully developed female characters, undoubtedly, await the advent of Behutet Vol II to make their debut.

Despite its overcrowded field of characters, and the author’s occasional deviations from standard English Language  conventions, Behutet: The Warrior Within: Vol I stands out as a vehicle that all ,who welcome the challenge of exploring enlightening spiritual worlds, can use to “traverse [the] two worlds” against the  scenic backdrop of our modern experience.On the journey, access the life-altering messages that Kazembe Bediako, an urban Kamitic legend pioneer, has so aptly delivered.