Gabourey Sidibe Has Message For The World 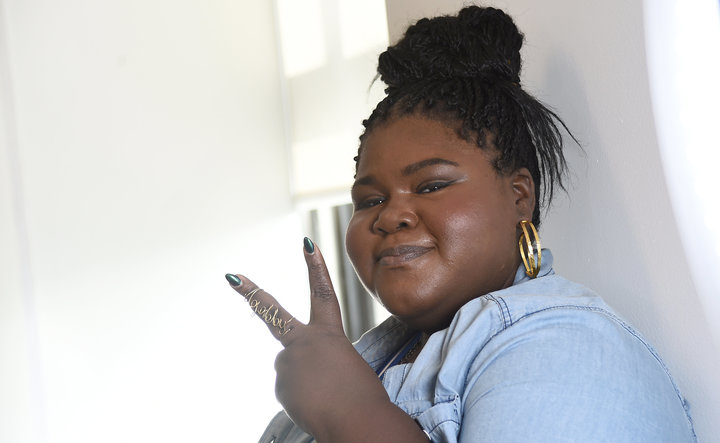 Gabourey Sidibe has no time for body-shamers. The 34-year-old actress recently sat down with NPR to discuss her new book This Is Just My Face: Try Not to Stare. In her book, Sidibe writes about her breakout role in the film Precious and her rise to stardom, along with the body-shaming she’s experienced along the way. Since her first big role in 2009, the actress has faced harsh criticism for her size. But Sidibe consistently shuts down haters ― and a chapter titled MYOB (which stands for “Mind your own body”) in her new book explains why.

“It’s important because I don’t happen to have the kind of body that we usually see on television and in films,” Sidibe told NPR. “I am plus-size, I have dark skin and I am 100 percent beautiful, but I get a lot of flak. ‘Oh, you should lose weight.’ And now that I have lost weight ― I lost weight for health reasons ― I get, ‘You look good, but don’t lose too much weight because your face is starting to sink in.’”

Sidibe said that it’s such an odd sentiment when people congratulate her on her weight loss. “Literally someone said, ‘Congratulations, I see you lost weight. Congratulations.’ And I say, ‘That’s a weird thing to congratulate me on because this is my body,’” she said. “And it’s not just the male gaze, it’s like the human gaze.”

Her final response to haters? Perfection: “This has been my body since I was 5ish, you know? It’s been a 30-year thing of other people putting their own stuff on my body. But it’s mine, so I will police it, thank you.” Well said, Gabourey. Head over to NPR to read the full interview.