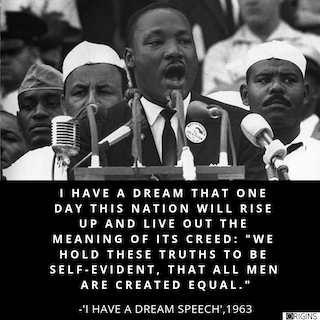 Every third Monday of January, the country celebrates the life and legacy of Dr. Martin Luther King, Jr. In 1983, following efforts by Coretta Scott King and The King Center, Congress signed legislation that marked Dr. King’s birthday a national holiday.

In 1994, Congress amended the legislation and also designated the MLK day, a day of national service. According to the Corporation for National and Community Service, the day of service is “intended to empower individuals, strengthen communities, bridge barriers, create solutions to social problems, and move us closer to Dr. King’s vision of a “Beloved Community.”

While King is remembered for his monumental role in the Civil Rights Movement and his “I Have A Dream Speech.” Some of his noteworthy work includes his “Letter from A Birmingham Jail” and his fights against poverty and the Vietnam War.