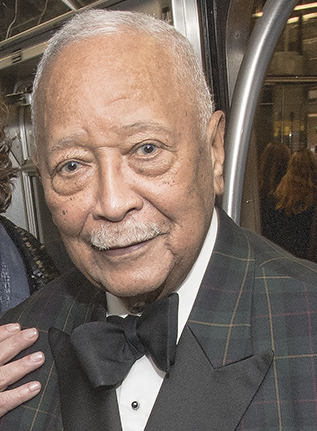 David Dinkins shrouded around as a place holder for Black American excellence has hit every publication as the first Black mayor of New York City with his passing coming second.

While this is an incredible feat to accomplish, it offers little information about who he really was as a person or even a politician. Death makes it easy to compartmentalize the many facets that make a person whole, rather than what will catch the attention of millions scrolling through social media for their next laugh. And who was David Dinkins? That’s what I would like to answer today.

Once law school was conquered, he attempted to join the Marines. He was reproached because they had reached their “quota for Negro Marines”. He eventually was accepted in North Carolina. The war ended while he was still in boot camp. However, he still attained accolades, receiving the Congressional Gold Medal. He transitioned back into the law arena flawlessly, earning a spot in the “Gang of Four.” Dinkins, Charles Rangel, Basil Paterson, and the late Percy Sutton paved the way for other Black leaders, and Dinkins melded very well into the American formula. He worked hard and fought relentlessly in his early political campaigns with a stern voice and dapper presence. He commanded respect because it was already earned, and the people could see it.

His highlighting moment, removing Ed Koch from office, a smooth exit considering his corruption scandal boiling to the surface. Dinkins ran on a promise of what he knew best, “a friend of labor.” He was met with a three to one vote from the Jewish community and one to six vote with the catholic population. He came in swinging heavy with strong-arm politics and forging a private partnership with Walt Disney. The collapse of real estate sent the city into a deep recession. The times were high for racial tensions, the Central Park Five incident happened only a few months prior and the murder of Yusef Hawkins was riding its coattails. Dinkins took this as his opportunity to expand the NYPD, creating training programs pumping out officers and enforcing an officer at every stop on the subway. He pushed out homeless camps and set up permanent housing subsidiaries to reduce the number of welfare hotels. And it worked. Objectively, it worked. His actions did reduce NYC murder crime and the homeless population. However, the aftermath of the Crown Heights riot paints a clear picture of the havoc race relations erupting in NYC. Mayon Dinkins was on defence against critics who claimed that Dinkins muted authority efforts to curtail harm to the Jewish community from the rioters.

Importantly, Dinkins moved Walt Disney’s attention, energy, and finances to an old  New Amsterdam Theater on 42nd Street that Dinkins convinced them to remodel into a Tennis complex, his last administrative duty before transitioning out of position. He had a known appreciation for the sport and signing a 99-year lease with the United States Tennis Association cementing its importance to his legacy. Before his passing, he spent his final years as a professor at Columbia University’s School of International and Public Affairs. Fondly remembered by colleagues and students, his essence of certainty marked him as “SIP’s mayor.” I imagine he found that same familiar peace in the academic world, constructing solutions by the multitude and able to explore every avenue; something to truly take his potential to the next level. It’s also the community factor of education, instilling new theories into minds that can reconstruct and reimagine. So, who is David Dinkins? David Dinkins is as he lived as he worked as he taught, a friend in labor.