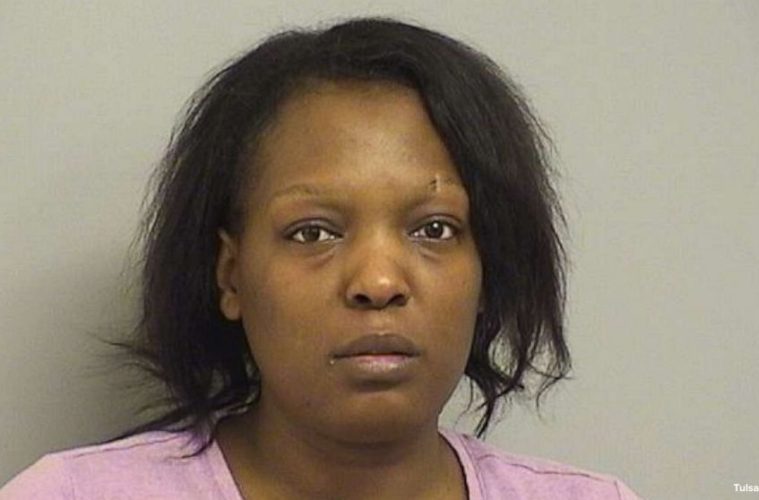 Arby’s Manager Fatally Shoots Customer Who Spit On Her

A manager at an Arby’s restaurant was charged in the death of a customer who she said spat in her face and threatened to hurt Tuesday.

The Tulsa Police Department said that Deionna Young, a manager at an Arby’s in Tulsa, Oklahoma, shot and killed 25-year-old Desean Tallent. Young claimed that Tallent spit at her and threatened to hurt her after the two had an argument. Officers found Tallent in his SUV Monday with a single gunshot wound in the upper torso.

Police initially believed Tallent’s death was the result of a drive by shooting. However, Young had filed a police report on Monday alleging assault and named Tallent as the perpetrator.

“It turned out that Desean Tallent had been involved in an altercation at the Arby’s that ended with him making threats to the manager and spitting in her face,” the police said in a statement. “He promised to come back and hurt her and about an hour later, came back.”

The police added that Tallent returned to the food chain to make good on his threats. He circled the lot which prompted Young to get into her car and follow him out the parking lot.

“She followed him down Garnett and both vehicles braking and playing cat and mouse,” the statement said. “She shot at Tallent and then drove back to work.”

Young confessed to shooting Tallent and destroying the gun, She led law enforcement to the various parts.

“We are currently conducting a comprehensive internal investigation into this incident,” the restaurant  said in a statement. “We are fully cooperating with local authorities and will continue to offer support however we can.”

Young was being held on $1 million dollar bond as of Wednesday and is scheduled to appear in court on April 4.