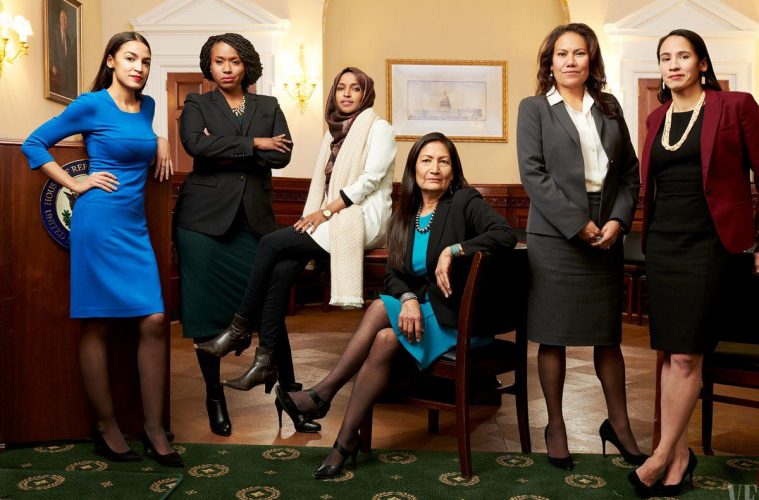 The 116th Congress was sworn into office today and with it a return to divided government. Democrats taking control of the lower chamber is the first substantial shakeup to Washington since Donald Trump assumed the office of president in January 2017. Since then, Republicans have been accused of failing to serve as a check and balance to his administration, launch investigations into Russian meddling and taxes. The incoming representatives promised a course correction in this new era with many diverse faces.

The 2018 midterms saw Democrats take back control of Congress after being out of power for eight years. Democrats gained 40 seats, the largest net for the party since 1974. There were many incumbents who were voted out in favor of diverse replacements such as Alexandria Ocasio-Cortez who pulled off one of the biggest political upsets to become a household name and will represent NY-14, Sharice Davids who is the first openly LGBTQ and Native American women from Kansas and IIhan Omar who will be the first Somali-American sworn. Ayanna Pressley became the first woman of color from Massachusetts to serve as congresswoman.

Lucy McBath turned her pain into power. She lost her son Jordan Davis to gun violence in November 2012. She became an activist and ran for office, ultimately winning Georgia’s 6th congressional district.

Many of the incoming members took to social media to share in their pride and excitement.

Established politicos are also making history such as Maxine Waters who is now the first woman and African American to chair the House Committee and Elijah Cummings will now chair the Oversight Committee. Both have been caught in Trump’s crossfire and have promised accountability.

Nancy Pelosi will once again serve as Speaker of the House, a distinction she first held in 2007 by becoming the first woman voted to that post. She served until 2011. Pelosi has said that one of her first actions is to introduce a bill that would open the government. It has been in a partial shutdown for almost two weeks as the president has demanded $5 Billion dollars to fund a wall in the name of national security at the border.

Pelsoi spoke to Today Show ahead of her swearing in and set the agenda. She also declared not ruling out impeachment for any misdeeds that Trump may be found guilty of.

“I think of it is a responsibility. I don’t think of it as an accomplishment… This isn’t breaking a glass ceiling – this is breaking a marble ceiling in the Capitol of the United States.” @NancyPelosi responds to being “most powerful” woman in U.S. government pic.twitter.com/l1Zfcguupd

Pelsoi was formnally nominated for Speaker of the House by Rep. Hakeem Jeffries of New York. He gave a stirring speech in support of the California Democrat whom he dubbed “NDP”, a reference to a song by Naughty By Nature.

Pelosi was with her grandchildren as she cast a vote for herself. There were only 12 defections before she reclaimed her gavel.