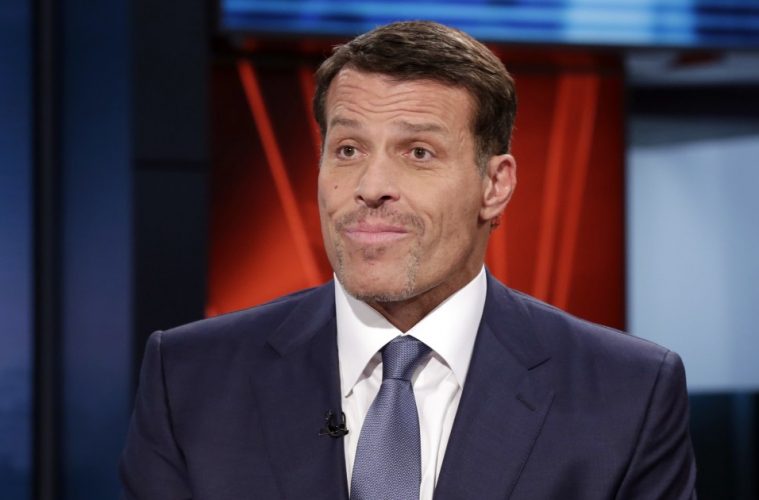 In the video, which was taken during a 1980’s seminar, Robbins told a crowd how he appeared before a militant black” who challenged him. They criticized why his many discussions focused on “white examples.” Robbins then began to liberally use the N word in what he declared was a way of liberating one’s mind.

“As long as someone calls you a nigger and gets that kind of response I’ve seen right now, where you’re ready to explode, and what you’ve done is given that person absolute control of you,” Robbins said. “You have no control in your life, you are still a slave.”

Robbins continued by urging the audience to pretend he was Black.

“I’d like to have you be free, because I’m free and I’m white, so why don’t we pretend I’m going to get you free right now,” he said.

Robbins, wearing a pink top and colorful bottom, then began to sing and dance. He once again used the N-word and asked the audience in the clip to join him.

In a statement to Buzzfeed, he insisted that his racist language lacked context. His lawyers stated that “the presentation was positive and was accepted in the context in which it was conducted: a passionate discussion about racism and how to rise above it.” They added: “any suggestion that Mr. Robbins is somehow racist or insensitive to the African-American community is absurd and false. Indeed, one of Mr. Robbins’ event partners for 25-plus years is an African-American.”

Robbins also called upon Rodney King’s daughter, Lora, to serve as a character witness. He wanted to show he had Black friends to blunt the accusation of racism.

I've learned that BuzzFeed & NowThis (same cofounder) are releasing another attack on me–referencing my work with an African American group in the 80s–accusing me of racism. I'd like to share this video by Lora King, Rodney King’s daughter. #TruthIsPower https://t.co/EGd67n5KpG

“I did notice that some exercises could have been taken out of context by the media,” King said, but insisted she  “always been a fan” of Robbins.

Robbins has been at the center of controversy as Buzzfeed has looked into the multi million dollar empire he has built. Multiple women have accused the self-help coach of sexual misconduct.

He has denied those allegations but stated being a “better human being than I was in my twenties and thirties” and apologized for any offense.