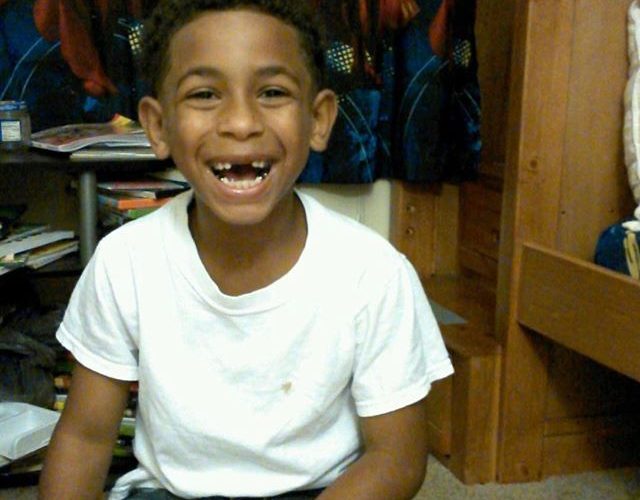 An attorney representing the parent of an 8-year-old child in Ohio, who killed himself back in January, has leveled an accusation that his school didn’t tell his mother about an assault he suffered in one of their bathrooms just two days before he took his life. According to The Cincinnati Enquirer, video surveillance of the assault (which was reviewed by a Cincinnati homicide detective) shows 8-year-old Gabriel Taye being knocked unconscious. The video, which you can judge for yourself below, was recorded on Jan. 24. Taye took his own life on January 26.

In a police report put together by Detective Eric Karaguleff, Taye is described as being hit/kicked by students as he was lying on the floor (more on that in a second), knocked out, for six minutes. After that period of time the school’s assistant principal can be seen walking into the bathroom.

As we said in the first sentence, an attorney (Jennifer Branch) says that this new report runs counter to the narrative that Gabriel’s mother, Cornelia Reynolds, was provided by school officials. “Mom is called, and she’s told that he fainted,” said Branch. She also stated that Reynolds took Gabriel to the hospital that night for what she assumed was the stomach flu after he complained of stomach pain. Reynolds says that her son never brought up the fact that he was bullied, but two days after this event transpired she found that he had hanged himself from his bunk bed with a tie.

“Maybe this had been going on for years, and she had no idea, so she couldn’t help him,” Branch told Fox 19. “She couldn’t protect him, and now she wants to know what was really going on.” A Cincinnati Public Schools statement that was released on Thursday prior to the footage becoming public said officials at the school had said that he was “motionless,” but denied the assault allegations, according to The Huffington Post. Additionally, they said the detective misrepresented the events he saw in the video.

After learning of the footage, the Enquirer requested it, and CPS released it with a new statement. That statement said, in part:

“In an effort to be completely transparent, we are releasing the video that was reviewed as part of an investigation by the Cincinnati Police Department. We have uploaded the video, in its entirety, blurring out faces of the students who appear to protect their privacy. We ask that you review the video, in its entirety. It is our firm position that the allegations portrayed in the media are not supported by the video.”

They said they put it out to counter the narrative that Karaguleff was putting forth. Karaguleff had said that it showed “bullying bordering on criminal assault,” at least if not for the age of the perpetrators. The school says that they wanted people to see that detective’s description was over the top. The Cincinnati Police Department had closed their investigation after Karaguleff’s report, which was sent to CPS officials on Feb. 3.

Also, according to the Enquirer, the state senate announced on Friday that they have since asked the chamber’s education and oversight committees to take another look at Taye’s death.