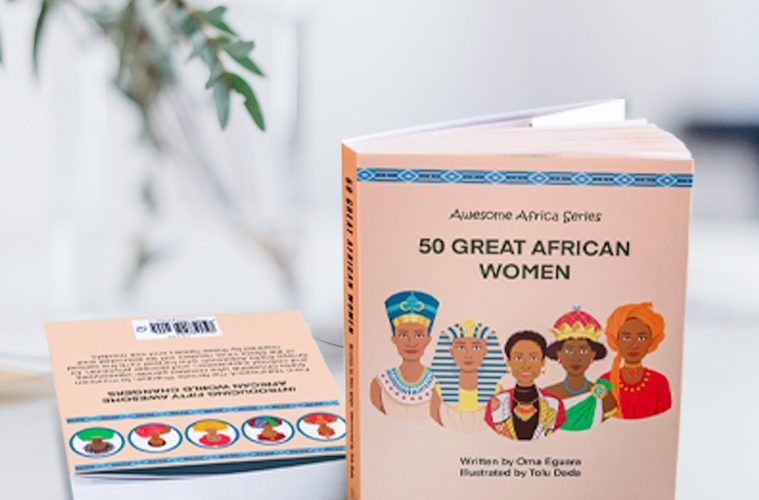 Oma Eguara is a London-based primary school teacher and doctoral student in E-Research and Technology-Enhanced Learning at Lancaster University. Describing herself as ‘’passionate about empowerment through education,’’ Eguara is currently crowdfunding for a forthcoming children’s book ’50 Great African Women’ which she anticipates releasing,  January 2021. The book is written for six to ten-year-olds and aims to highlight fifty eminent African women who have made remarkable contributions to their countries of birth and to the 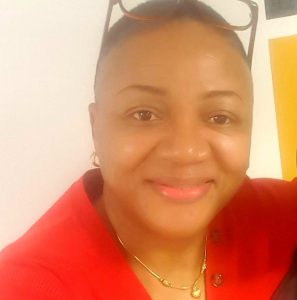 ‘‘As a teacher, I realised that people of African descent are barely represented in school curricula. We are hardly represented in school books, reading books, library books or school resources. If we do feature in storybooks, we are usually not the main characters,’’ says Eguara. As a parent and grandparent, Eguara is concerned about the impact of this on African-descended children’s self-esteem and aspirations. In an attempt to counteract the underrepresentation and often misrepresentation of people of African descent, the PhD candidate began writing storybooks which positively represent them. The defining moment that provoked Eguara to write her forthcoming book was her niece’s reaction to a video demonstration. ‘’Someone was doing a demonstration, the (audience) could not see who it was, just a voice of someone talking’’ reveals Eguara. Her sister asked her niece whom she thought the person talking might be. Her response was,‘’ a white person,’’ When her sister asked her how she came to that conclusion, she retorted, ‘’Because Black people don’t invent things.’’

50 Great African Women will tell the stories of women from antiquity to the present from a variety of fields such as; women in leadership, ancient queens, leaders, scientists, mathematicians and people in medicine, not just Western medicine.’’

Eguara maintains that due to globalisation, people do not need to travel to encounter people of different cultures. She explains that even from our homes we can interact with the rest of the world. Eguara, therefore, advocates for cultural competency, explaining that,

‘’Everybody needs to understand cultures other than their own. It is called cultural crossing. This is when you step outside of your own culture with which you are familiar, and into the culture of someone else.”

Unlike North America and the Caribbean, where Black History Month (BHM) occurs during the month of February, within the UK, BHM is celebrated in October. BHM in the UK began in 1987. A key architect of the celebration is Ghanaian born Ajyaaba Addai Sebo who served as a Project Worker at the Greater London Council (GLC). Other notable individuals who were instrumental in forming UK BHM include the former Lambeth Council Leader Linda Bellos and Lord Paul Boateng. Every September, primary school teacher Eguara implores teachers in her network to ‘’please not feature the usual human rights activists and entertainers because that is not all we are.’’ Eguara describes the limited offerings of BHM school celebrations as typically including “the staples,” Motown artists, sportspeople, Nelson Mandela and Rosa Parks. She argues that this limited and recycled
diet ‘’leads to misconceptions about people of African descent as they learn about some parts of the world and not others.” A common misconception she says is that African people do not make any contribution to society. I intend to help correct this with the information in this book and follow-on resources.

Eguara’s forthcoming book ‘50 Great African Women’ will feature African women indigenous to the continent of Africa. Not wanting to appear exclusionary and as a self- described pan-Africanist, Eguara affirms that ‘’all Black people are African’’ in a manner reminiscent of ‘African’ by the late Reggae artist Peter Tosh. She explains narrowing the lens on Africans from the continent, saying, ‘’When I searched online for African people who have made contributions to society, most of those who came up were African-Americans.

Eguara is emphatic that, “The story of Africans starts in Africa, so we need to go back to Africa for African history. ‘Black history,’ on the other hand, begins with the contact of Europeans with Africa, which marks the beginning of their subjugation. If we begin there, we wipe away the glorious past of Africans before European contact and the world only gets to see a negative portrayal of Africa and her people,” the author asserts. “This portrayal also ignores recent African history and contributions.”

Eguara intends to publish a successive book, ‘50 Great African Men.’ However, her current focus is on raising the profile of African women as ‘’not much is known about the contributions they make.”
As the founder of Cowrie Education, an educational consultancy facilitating cultural competence and equitable, multicultural education, Eguara’s book objective is to provide a positive representation of people of African descent; to foster self-efficacy and self- attribution in young African-descended readers and to invite non-African readers to cultural crossings as they engage with African history and culture from their own safe spaces.

To raise funds for the independent publishing of ’50 Great African Women,’ a GoFundMe page has been set up at https://www.gofundme.com/f/healing-with-history.

Readers are invited to join Eguara on social media @CowrieEducation on LinkedIn, Instagram and Facebook and to visit www.CowrieEducation.com to sign up for updates on
the book, other resources and events on Black Child Wellbeing.