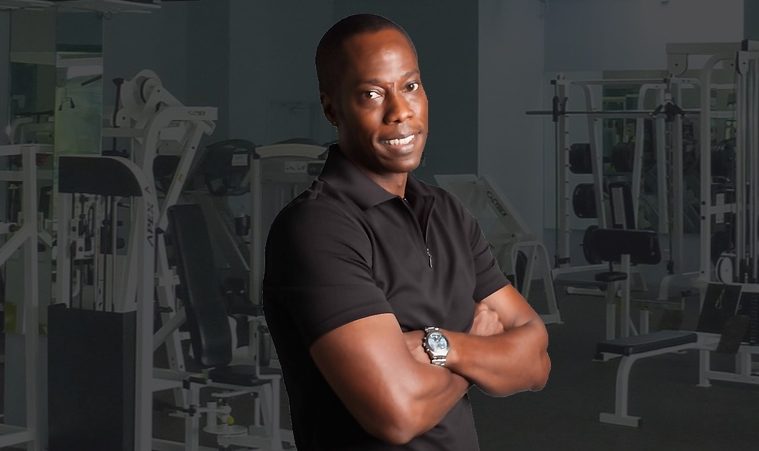 William Thompson, a medical exercise specialist and certified coach, has always known the value of leading a healthy lifestyle. He has lent that expertise to celebrities such as Dave Navarro , “Survivor’s Remorse” Jessie Usher, N’SYNC artist J.C. Chasez , Chad Coleman of “The Wire” and “The Walking Dead”, ex-MLB player Dave Winfield and “Fresh Prince of Bel Air” actress Tatyana Ali during his 25 year career. Known as Pro Trainer Will and Will Power, he has been featured on BET, Extra!, People and other notable outlets.

His discipline and work ethic were tested when he was diagnosed with Prostate cancer on December 14, 2017.

At 53, Thompson was younger than his father who became ill with the disease at 62. Thompson’s prognosis was also grimmer as he had a Prostate-specific antigen level to more than 5,800 and a Stage 4 tumor on his prostate which rendered it inoperable. Despite that life and death outlook, the tumor never metastasized, thus allowing him to subscribe to testosterone blocker treatment that drastically reduced his PSA levels over time with the tumor shrinking 80% in four months, eventually disappearing.

Thompson avoided surgery and has been in remission since May 2018. In an exclusive interview with Nu Origins, Thompson shares how early detection, being a health enthusiast and changing his diet saved his life. He wanted to now pay it forward.

Thompson was insistent on screening and surveillance of prostate cancer which involves just a simple blood test even after his doctor advised him it wasn’t necessary.

“6 is high. 12 is high. Anything else over 20 is considered high rate prostate cancer. People don’t walk around with PSAs of 5846. I shouldn’t have been alive.”

Thompson’s entire body should’ve been littered with tumors but it wasn’t. His bone scan was clean and his PSA level went down in 9 days.

“To understand the progression on my disease, I had had a blood test done in July. So almost six months prior, I had requested a PSA then. My doctor never contacted me with the results and by the time I got the results which was in November, the results from that test, the number was 2,421.9. So in July, my PSA was 2,421.9. By December, it had more than doubled. So, it was growing at a very aggressive rate and they were concerned I didn’t have much time left and that it was an inoperable tumor. So they wanted to send me to an oncologist to at least slow down the disease, At that point, that was the goal. Surgery was not an option. So, they wanted to get me on chemo to try and slow it down the progression of the disease.”

Thompson was two days away from chemotherapy when he learned the cancer had not metastasized and that his PSA levels dropped. He acknowledged that most men don’t know when to get screened and to keep fighting for their health.

“Most people in general don’t know about PSA test but on top of that, unfortunately, on top of that, a lot of doctors have been told to discourage men from getting PSA tests because the fear of false positives. It’s better to have a false positive than to be positive and not know. It’s like ‘Oh my bad. You don’t have cancer.’ There’s nobody that’s going to say I don’t want to get that news. Nobody wants to get the news that I got; that ‘Hey, not only do you have prostate cancer and you’re 10 years younger than your father but your prostate cancer is a thousand times worse’ and I didn’t even know that existed and most people don’t. Even doctors are like ‘Wow, I’ve never seen anything like that.’”

Thompson, already dedicated to a healthy lifestyle, was even more proactive in doubling down on his choices. He tailored his diet even more in response to the disease. He eats walnuts every day that contributes to the shrinkage of tumors, avocadoes, kale, ginger and smoothies for breakfast.

Thompson also reduced his through physical activities and would run in the canyons of Southern California. Stress can stimulate cancer cells. He encouraged those in New York to take advantage of their surroundings.

“New York’s a walking city. More people walk in New York than do in LA. People drive in LA, people walk in LA. So there’s plenty of walking in New York and Brooklyn. Don’t take the Uber if you can walk there. It may save your life and nowadays, everybody’s got their Apple watches on. Get your steps in. It’s right there on your watch. Boom, boom. Use those apps. We’re living in a 21st century.”

“You are what you eat and life is what you make it. So try to be mindful of your choices when it comes to prostate cancer and general health. I think a lot of Black men don’t even like having the conversation.”