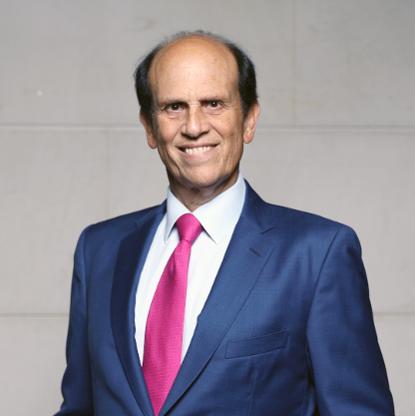 Michael Milken, a philanthropist and former Wall Street financier, is known to many as the 1980’s ‘Junk Bind King’ and was even sent to prison in 1990 for securities violations. However, in recent years he has become one of the leading voices in the treatment of prostrate cancer and holistic approaches. He has celebrated his 25th year in remission and raised $745 million through his foundation.

Milken is a rich and prominent white male who has highlighted the remedies of holistic medicine. He has been unabashed in sharing how his chosen methods have prolonged his life. He was diagnosed with advanced prostate cancer in 1993. He was given less than two years to live.

In an interview with Bloomberg last year, Milken detailed how his diagnosis changed his outlook on life and prolonged it beyond the bleak outcome. The cancer spread throughout his body, lost weight and he had to lay down at points during the day. Milken lost 10 relatives to cancer and resolved to find a way not to die prematurely and do things differently. He changed his diet, only eating fruits and vegetables. He also reduced stress, began meditation and traveled the world for healers to places such as Africa, witch doctors and settled on Ayurveda, a treatment from India. Its contents often include herbal compounds, minerals and metal substances.

Milken’s foundation has sought to bring greater awareness and dollars to the alternative medicine and it may be one that African men should take greater advantage of. There are hotlines for costs and factors to take note of. In particular, Black men are at a higher group to get the disease and die from it but don’t often have access to life saving remedies.

According to American Cancer Society, African American males are twice as likely to get prostrate cancer in comparison to their white counterparts. The genetic makeup such as differences in androgen and being exposed to poor dietary habits are contributors. There is also the issue of some Black men not being able to afford healthcare and thus get screening.

In the next few weeks, NuOrgin will delve into how African American males approach medicine that is not Western based; how they receive it, cost involved and how such treatment would register with their bodies. There is a discussion to be had if the community would stop eating red meat, dairy and switch to a vegetarian lifestyle if it meant a healthier and long life.