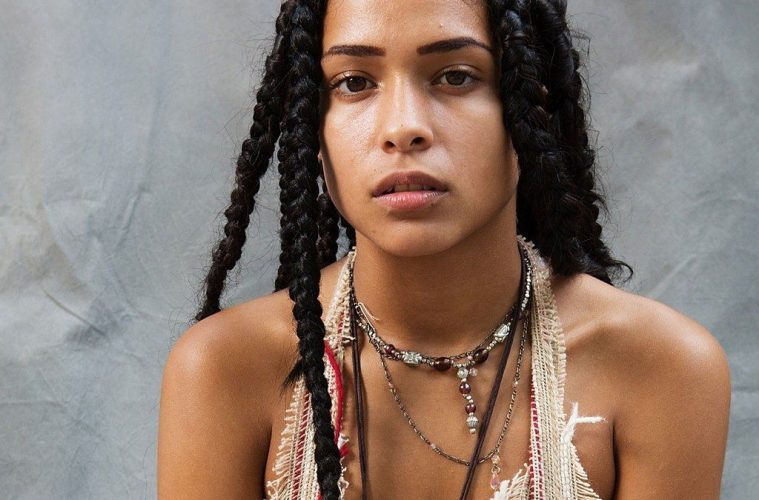 It’s summertime and Princess Nokia has released a new single!

The last time we heard from the diva herself was back in March after the release of another single titled “No Effort”, a smooth, elation  inducing track about the importance of audaciousness. Nokia’s last full length project was the pre-pandemic, 2020 release of her two albums “Life is Beautiful / Everything Sucks”.

And she has done so once again by not only releasing her latest song “Diva” onto streaming platforms but pairing it with an awe inspiring new video to match.

In the video, Nokia strips herself down to a simplistic white dress which is then later replaced by a flirtatious red one. There are no big frills, no extravagant makeup of /as Nokia has offered before. As she cuts fruit, she claims she feels like Beyonce, Shakira, Selena, Christina. These influences have remained clear throughout her career and it is enticing to see that she has not let them go.

The song is simultaneously laidback, with Nokia’s deep, lemon haze voice delivering the needle-like, self assured lyrics over an upbeat track cut with trumpets and muted drums. All overlaid with a clean, nostalgia inducing beat. Throughout the video are patches of grainy film, splices of footage featuring young boys running, climbing walls, flags tumbling against one another within the wind, church steeples, cars gliding past. It is the absolute image of summertime.

Nokia has never been a stranger to sharing her spiritual side and “Diva” is no different. Nokia bows before a bed of flickering candles and sliced fruit while singing, “I’m the daughter of the witches / that you burned at the stake,” And then proceeds to attend a party in a room full of beautiful, fluroescent friends. A peacock stands on top of the fridge while bodies swivel and spin, everything lit with a giddy orange.

It is an entire mood.

The video has racked up more than two hundred thousand views since its’ release last week. And the buzz does not lie.

In a recent interview done with The Angie Martinez show, Nokia said that her goal has always been to, “make music for people that really didn’t fit in, who were kind of in between; in between genres, in between worlds, in between feelings,”

Diva was birthed from that very train of thought. In the video alone, Nokia is fun, defiant, thoughtful, charismatic, intimidating, free.

She is, as she claims, a shapeshifter. Needless to say, we cannot wait to hear more.