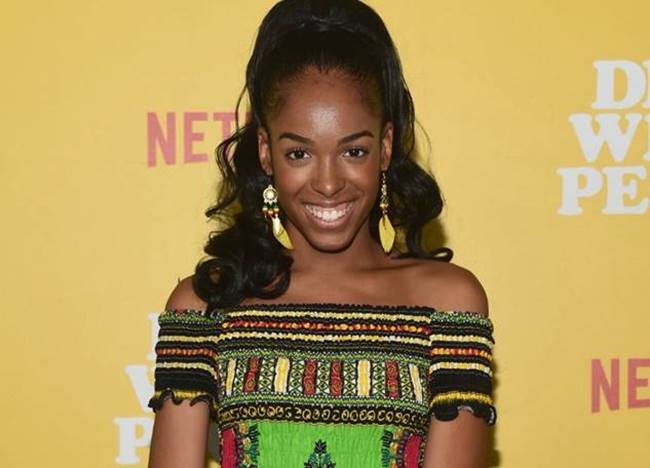 Quei Tann is the true embodiment of a glittering diamond in the rough. Originally from the sun-lit strip of Los Angeles, Quei’s eventual success would be a slant of light coming in from a very broken window. Faced with homelessness, abuse and poverty as a teenager, Quei dared to persevere in the ugly face of what appeared to be desertion. Her persistence has led her from sleeping in her car to landing roles on shows and movies such as Dear White People and How To Get Away With Murder, Bruh and Cam among many others. I had the opportunity to speak with Quei about strength, her love for anime and empathy.

Read below for our conversation!

What sort of release does acting allow you to have?

What I get from acting is it allows me to empathize. This is interesting because being a showman is all about narcissism, exhibitionism. It’s also unlike being a rapper which is all about bravado. When you’re an actor, it’s all about being able to truly step into someone else’s world. At least that’s how it is for me. Is it Carl Jung who talked about the collective unconscious? Well, acting allows me to really exercise the muscle of empathy.

When thinking back on your past, does it feel like a different lifetime? Or do you carry it around with you as a reminder of how far you’ve come? Perhaps it might be a bit of both.

It does feel like a past life. When I think about my adolescence, being sixteen and then moving back to Los Angeles from Vegas. I don’t feel too far removed from it. From the girl who was sleeping in her car, trying to make a dollar out of fifteen cents. I mean, oh my gosh do I have stories about running around this city trying to get anybody to notice me. Going to castings and working at Sunset Tower Hotel. Seeing Katy Perry and Lana Del Rey and Solange, Bradley Cooper and Johnny Depp. I feel like when you come up the way I came up, where you’re thrusting yourself into Hollywood and LA you don’t have a road map. I was just throwing darts at the board and I stayed consistent. Like other people got married, other people moved back to their hometown. Some people died. And I’m talking about people that I know. But I just stuck to it. I was unrelenting. I put in so much work. This is my whole life. I’m willing to give my whole life. This is my baby. This is my marriage and I’m willing to be committed to it.

At times when you were faced with rejection, especially during your youth, what inspired you to persevere?

I’ve handled rejection in all types of ways. But the most important thing is it’s not about the rejection, it’s not about the failure, it’s about what you do after that, right? It’s about what you do after that. If you get back on that horse. I was watching some interviews with Bob Igeer, the former CEO of Disney and he was talking about risks. You have to understand that if you’re an artist you chose to be an artist. You chose to be a journalist or whatever it is. You already chose something that was a risk in itself. This is not the time to go trying to play it safe. If the risk fails, learn from it. Don’t then become conversative and not want to try different things. So again, it’s all about consistency. I think talent is great, skill and intelligence that’s great. But what it seems like when I look at the things that help successful people become successful is there is this consistency. This tenacity that we have. While everyone else goes on to do other things, we stay around until we get what we want.

So, you’re actually volunteering at the exact same housing center for queer youth that you lived when you were younger in Los Angelos. Could you tell us a bit about what that experience has been like?

So, I used to live at the LGBT center here in Los Angeles when I was a homeless youth. But what I’m doing now with them is we’re doing a telethon that’s gonna be on KTLA so I’ve been helping them with that. I’ve been lending my voice, so they can present me as this success story to show why you should give to the center. Like, look at how we help and change the lives of people who live here. We give education and scholarships. Karamo Brown from Queer Eye was my mentor while I was there. He helped me get scholarships from NBC Universal which I used to buy my acting books. And then I would also use that for my tuition. Because of COVID the shelter’s not allowed to do anything in person. Everything has to be separated, though they are still housing people. I think I’ve read and heard that queer trans people youth is proportionately overrepresented in being homeless, or have a higher percentage of being homeless. So the center in this time is very, very crucial to saving lives.

What day is the telethon?

I’ve always loved anime. I don’t know why a lot of black, queer people feel bonded over anime. But the reason I would say is because a lot of anime aren’t cartoons in the traditional sense. It can be really dark. It can be mature. And obviously Sailor Moon is so huge, Pokemon, Yugioh, so huge. There is something about Western cartoons particularly when I was growing up did not seem as inclusive, and did not have a unique perspective. And I think that anime, even if it is centered around Japanese culture and fantasy, has those things. There’s always been trans characters in anime and gay characters. Like Sailor Moon has this queer relationship and I think that’s what first attracted me to it and why I have always loved it. Learning Japanese has opened up my mind, just taught me so much. As an actor, communication is everything and something I didn’t understand when I was watching dubs is that I was missing out on so much cultural context. But in Japan, there are entire polite and impolite versions of saying something, which ties back into my whole idea of empathy. It really teaches me how to be in someone else’s shoes.

Over the years, it seems that television has become a much more welcoming and open space for trans people. How do you view the transformation currently happening across media as trans and queer people are more consistently being represented? Do you feel sufficient progress has been made?

We still have to fight, fight, fight to be heard. There’s this thing we had in the film and television industry dating back to the beginning. So, from silent films to color films to our present modern day and all throughout film history the only people who have been represented for the longest time were white, hetero people or queer people who were in the closet. And everyone else has been excluded. So I think right now what you’re seeing, it’s so interesting. If you go all the way back to Shakesperean times and even Greek plays, no women were allowed on stage. Only men could act. And I believe it was after the Shakespearean period in England, this woman who was a mistress of one of the kings lobbied him to allow women to act and perform on the stage. She also lobbied for no more men being allowed to play women’s roles. Because she understood and had the foresight of saying okay even if we allow women to act then we know that because of the systemic inequality, we know it is going to favor the men. So then, many of those male actors were upset because they had a monopoly in the industry. And they had to compete not only with other men but also they were seeing women come in. And they felt so entitled and like they were losing something. That’s something very similar to what’s going on right now. Even if you look on Youtube every headline is trans this or trans that. And we just keep to ourselves, we’re not bothering nobody. But there is such an obsession with us and people feel very polarized by us. Here are the things I’m hearing — you have all of these very specifically trans stories and sometimes cis people play these trans roles. Why can’t we play those roles? An actor should be able to play anything but because of that inequality, that systemic inequality, we are not allowed. Then there’s the fact that if you have someone who doesn’t have the ability to pass then they’re not going to be cast. Maybe I’m slightly lifting the veil a bit for you. But there is this sentiment of they are stealing our jobs, they’re coming in and asking for too much. So, I think there’s going to be some growing pains as we’re in a space of trying to undo the harm that our ancestors in this industry have done.

During your time on How To Get Away With Murder, what was it like to be performing alongside Viola Davis? Did she give you any advice?

She was really great. All of our scenes were actually together within a classroom. And I mean this is someone I still look up to. So to literally be at a classroom desk to see her acting and seeing how she does it really helped me. The thing I took away from watching her is the ease with which she does it. Viola Davis embodied her character with such an ease. There wasn’t all of this stress and tension and nervousness about saying the line right. There was a fluidity to her performance but it was also crafted. And then we had a conversation when we were sitting together in our cast chairs and I asked her ‘cause I’m a big nerd and I love to study. I said, I’m in college right now and I would love to transfer to Juilliard or Yale. And she was saying what? And I said well because you did it. And I want to be as trained and amazing as you. And she said the only reason I went to Julliard was so that I could have something to show, so I could get an agent and start working. She said, you are here. You’ve arrived. My Yale drama school was being in Los Angeles, driving around trying to make something happen. That was my Juilliard and to have her validate me in that way was amazing. Just trust your path.

How do you unwind after a shoot? Is it difficult to strip yourself of the character?